Danish Prime Minister Rasmussen said he seed Denmark could stay in Afghanistan until 2015, or even sooner. 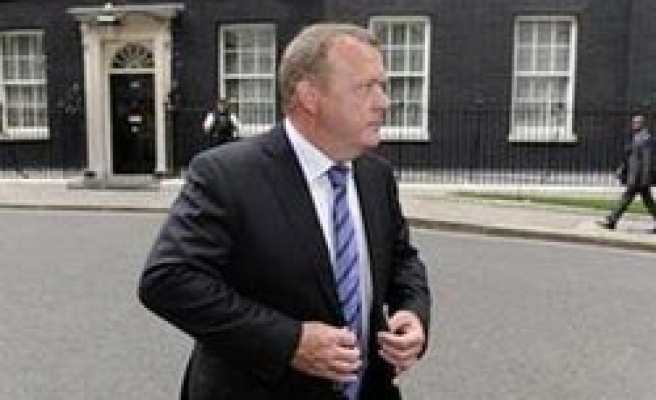 Danish Prime Minister Lars Lokke Rasmussen said on Thursday he seed Denmark could stay in Afghanistan until 2015, or even sooner.

A U.N. report said this week that civilian casualties had risen 31 percent in the first half of 2010, including 1,271 killed. The report came after Wikileaks unveiled secret army documents that showed uncovered civilian deaths during U.S.-led war.

"I also share the vision, or the wish, that we can withdraw the troops in the sense of not having large numbers (of combat) forces in Afghanistan in (20)14/15," Rasmussen told a joint news conference with British Prime Minister David Cameron.

"I even hope we could withdraw troops before that. This is not a promise, this is something I wish," he said, speaking in English. "If we stick to our strategy, I'm sure we can actually achieve this."

Most Danish troops in Afghanistan are in the southern Helmand province fighting alongside Britain's 10,000 soldiers.

Cameron, in office since May, repeated that Britain would not have large numbers of troops in Afghanistan by 2015.

Rasmussen, who must hold elections by November 2011, faces frustration at home over the death toll of Danish soldiers in Afghanistan, which has now reached 36.

Opinion polls show Rasmussen's centre-right coalition government is likely to face a tough electoral challenge from the Social Democrat-led opposition which is more critical of Denmark's participation in the Afghan mission.

The Netherlands began pulling its 2,000 troops out of Afghanistan on Aug. 1 after a political row brought down the Dutch government.