Shots were fired on Saturday near a meeting in the Danish capital of Copenhagen attended by controversial Swedish artist Lars Vilks. 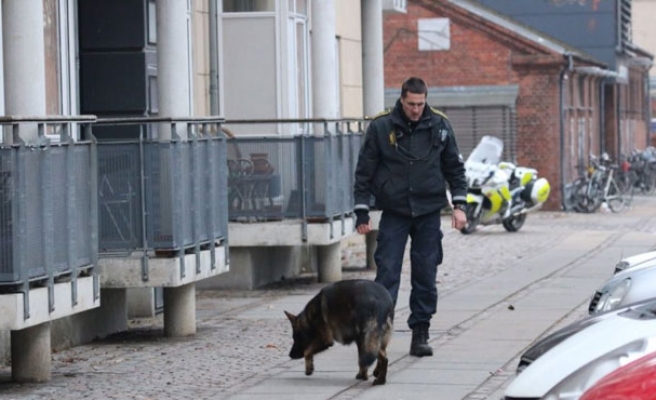 Danish police said on Monday they had charged two people with aiding the man suspected of shooting dead two people in attacks on a synagogue and an event promoting free speech in Copenhagen at the weekend.

The shootings, which Prime Minister Helle Thorning-Schmidt called acts of terrorism, sent shockwaves through Denmark and have been compared to the January attacks in Paris that killed 17.

"The two men are charged with helping through advice and deeds the perpetrator in relation to the shootings at Krudttonden and in Krystalgade," the police said in a statement, referring to the location of the two attacks.

Police had no further comment on the two men, who were detained on Sunday.

The gunman struck on Saturday afternoon, attempting to shoot his way into a cafe hosting a free speech event with Swedish artist Lars Vilks, who has received death threats for depicting the head of the Prophet Mohammad on a dog.

Vilks was unharmed but a 55-year-old man was shot dead and three police officers injured. The shooter then attacked a synagogue, killing a guard outside and injuring another two police officers.

Danish media widely reported the gunman to be Omar Abdel Hamid El-Hussein. His identity could not be confirmed and police declined to comment.