Danish searches for refugee valuables bring in 'nothing' 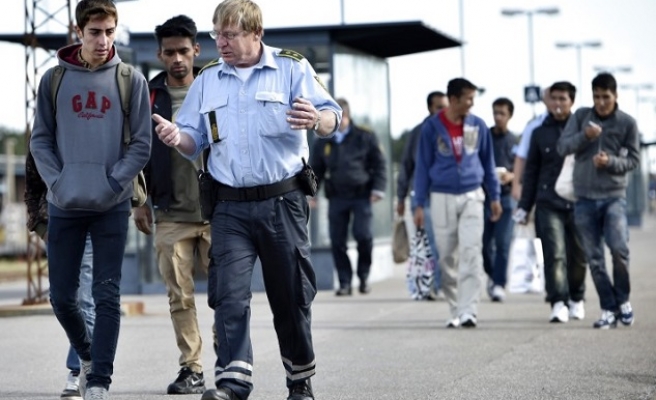 Denmark's controversial law allowing police to search asylum seekers and confiscate their valuables to help pay for their accommodation has raised no money in its first 11 days, police said on Tuesday.

The new rules, which allow for cash or items without "sentimental value" -- hence no wedding rings -- to be seized if they are worth more than 10,000 kroner (1,340 euros, $1,498), have brought in "nothing" since coming into force on February 5, a police spokesman told AFP.

Last week 230 people applied for asylum in Denmark, according to the Danish Immigration Service.

"I don't think it has ever been about raising money," said Pernille Skipper, a spokeswoman for the left-wing Red Green Alliance party.

Rather, the "symbolic" move was aimed at "scaring refugees into travelling to other European countries than Denmark," she added.

A spokesman for the anti-immigration Danish People's Party, Martin Henriksen, said it was "too early to evaluate the law".

Danish lawmakers adopted the new rules as part of a package of reforms aimed at dissuading refugees from seeking asylum in the country, including delaying family reunifications for some refugees by three years.

Critics likened the plansl to the confiscation of gold and other valuables from Jews by the Nazis during World War II.

Separately, Danish police were on Tuesday criticised for taking the mobile phones of at least 55 unaccompanied child refugees in a bid to verify their identities, only to return them months later.

"If you come to the country and say you are from Syria but you have nothing but your blank face to prove it, the mobile phone is the best way to determine whether you are telling the truth or whether all the calls turn out to be to Ghana," police spokesman Richard Osterlund la Cour told the daily Politiken.

The long wait for returning the  phones was due to the large number of arrivals, he said.

Denmark typically receives around 200 unaccompanied child refugees per year, but in 2015 the number was over 2,000.

Home to 5.6 million people, Denmark registered 21,000 asylum applications last year, making it one of the top EU destinations per capita for refugees.