France and U.S. call for solidarity in fight against terrorism discussed as well as economic security. 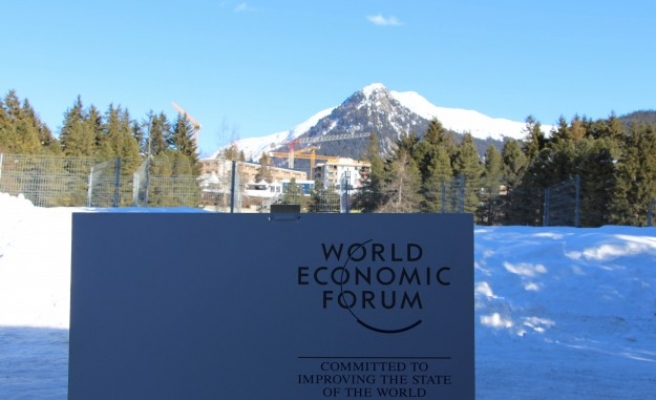 World Bulletin / News Desk
National and European economic security were much discussed on Friday at the World Economic Forum in Davos.

The threat of increasing inequality was the topic of one of the first panel discussions.

At this panel, Nobel Laureate economist Robert Shiller said, “There has always been inequality. But the gap between rich and poor has become dangerous in the past few years.” Shiller proposed an extended form of disability insurance which would cover people who lost their jobs or suffered financial losses.

But at the same panel discussion, International Monetary Fund Managing Director Christine Lagarde proposed a different solution to inequality, “There is nearly $2 trillion in funds globally devoted to energy subsidies. Let’s stop the subsidies, and use the money to educate and help people who suffer from low incomes.”

Later that morning, a panel discussion brought together financial leaders from around Europe to discuss how their separate nations fared in the current climate.

British Chancellor of the Exchequer George Osborne said that strong structural measures were rewarded by the markets. Britain had taken such steps and its deficit has now been halved to 5 percent of GDP. So it would be a mistake to risk financial credibility by raising spending, he argued.

The finances of several European countries are not on a strong enough footing, Osborne added.

Italian central bank governor Ignazio Visco, on the other hand, was more concerned about political than economic stability. “I have been central bank governor for three years, and in that time, I’ve worked with five different finance ministers,” Visco said. “Italy has to restore credibility,” he added, and proposed that a stronger government take action for further structural reforms.

In a speech in the early afternoon, French President Francois Hollande demanded that both countries and businesses should unite to fight terrorism.

France has waited too long to address the causes of terrorism, he said.

France is in a broad coalition to support those in Iraq who are on the front line against ISIL, he added.

He also supported the creation of a green economy, one which would help revive slowing growth. Governments should help manage the transition to the use of renewable energy, and the business opportunities created would go far to solve economic problems, he said.

U.S. Secretary of State John Kerry said that terrorism succeeded where governance was missing, or where it turned a blind eye.

Kerry said that the paranoid and primitive ideas of terrorists must not be allowed to affect us. He called for all nations to participate in the international summit on terrorism to be held at the White House in February.