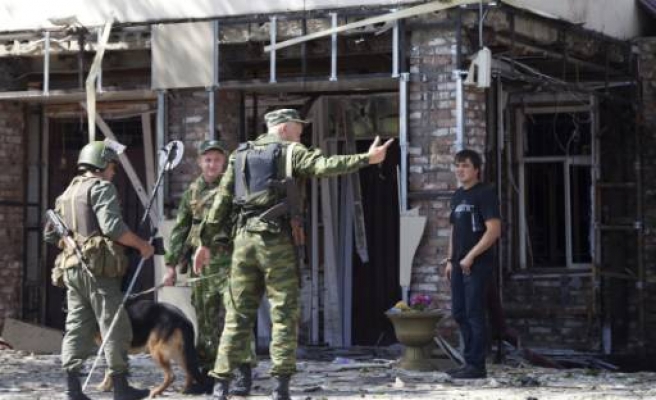 Eight people, seven of them police, were killed in a suicide bomb attack in Chechnya's capital Grozny on Tuesday during celebrations at the end of the Muslim festival of Ramadan, a police source told Interfax news agency.

A man detonated an explosive device when a police patrol tried to detain him and a second blast occurred soon afterwards, an unidentified police official told the privately-owned agency.

The scene of the explosion, in a densely populated district of Grozny 50 metres from a local parliament building, was cordoned off by police. Residents told Reuters they heard gun shots after the explosions.

"The bandits have shown their real face which only proves that this evil should be eradicated."

Kadyrov held an emergency government meeting, Interfax said. He put the death toll at seven people and said 18 were wounded. Interfax said the situation in the Chechen capital was under control.