Russia have been forced to switch Wednesday's friendly against Bulgaria to St Petersburg because of health risks after acrid smog engulfed the Russian capital. 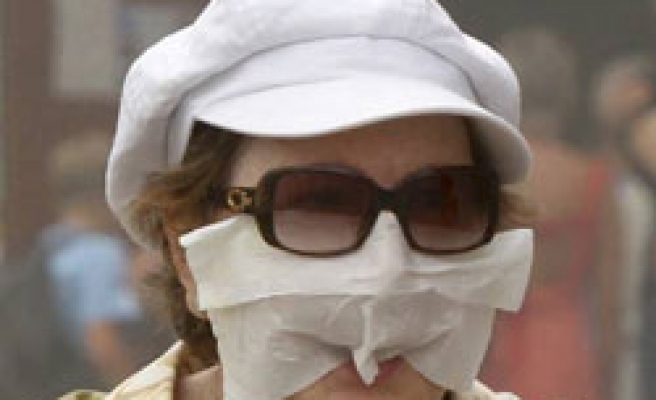 Russia have been forced to switch Wednesday's friendly against Bulgaria to St Petersburg because of health risks after acrid smog engulfed the Russian capital.

"The friendly match between Russia and Bulgaria on Aug. 11 is being moved to St Petersburg because of worsening weather conditions (abnormal heat and smoke) in Moscow," the Russian FA said on its website (www.rfs.ru).

The match -- the final test for both countries before they begin their respective Euro 2012 qualifying campaigns next month -- will now be played at the 23,000-seat Petrovsky stadium, the home arena for Russian league leaders Zenit St Petersburg.

The Moscow region has been hit by a record heat wave, with temperatures reaching 40 degrees Celsius this week, causing forest fires in the area.

Pollution surged to five times normal levels in the city of 10.5 million, the highest sustained contamination since Russia's worst heatwave in more than a century began a month ago. Health officials urged Muscovites not to venture outdoors. Emergency Ministry said the fires have killed at least 52 people.

The deadly smog also forced the Russian Premier League to postpone the derby between Dynamo Moscow and CSKA Moscow and the Spartak Moscow-Zenit match this weekend.