'Death to Turks' daubed on mufti building in Bulgaria 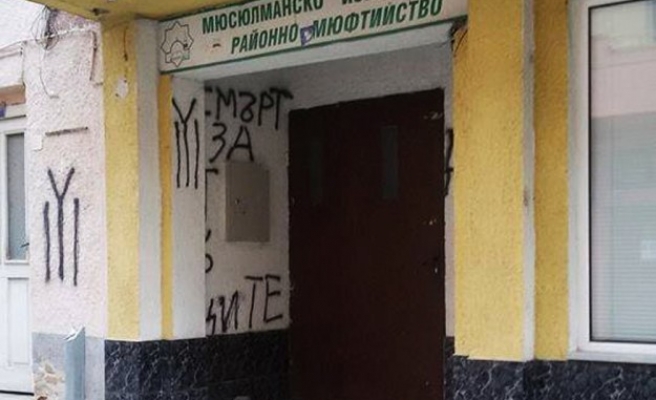 World Bulletin / News Desk
An Islamic community leader has described as “outrageous” the daubing of “death to Turks” on a religious affairs office in Bulgaria.

On Sunday night, unidentified vandals scrawled the slogan on the entrance of the mufti building in Blagoevgrad, southwestern Bulgaria.

Blagoevgrad mufti Aydin Muhammed told Anadolu Agency reporters that the local Muslim community had experienced such outrageous attacks before, claiming the vandals' identities are known but the culprits remain unpenalized.

"Some of the attackers of religious structures belonging to Turks and Muslims were detained, but during the investigation they were not sentenced to any punishment because ‘the resulting damage is lower than the minimum wage paid to employees in the country’”, said Muhammed.

The chief mufti of Bulgarian Muslims stated that racial attacks against the Islamic community have become systematic, numbering more than 250 incidents in the last 25 years.