Emergency services in the Balearic archipelago tweeted that a man and a woman were found near Arta, one of the affected towns, "close to the area" where the car of a missing German couple had been found. 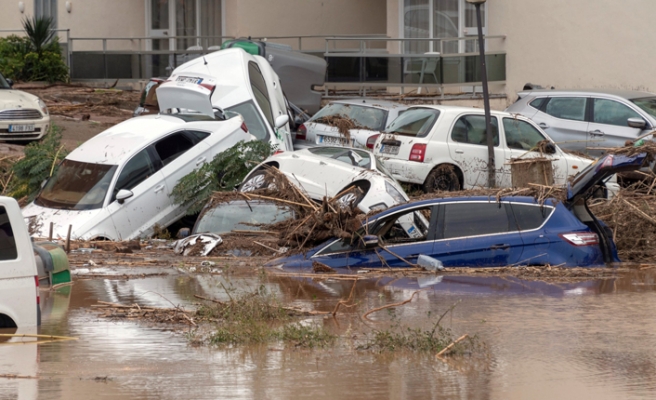 Rescue workers found the bodies of a man and a woman on Thursday on Spain's holiday island of Majorca, bringing to 12 the death toll from flash floods that tore through streets and swept away cars.A spokesman for the Guardia Civil police said the bodies were "possibly" those of the two missing Germans.

Locals only had a precious few seconds to react before a torrent descended.

A massive clean-up was under way in the mud-covered streets of Sant Llorenc des Cardassar, one of the worst-hit towns, with excavation machines clearing streets of debris.

Soldiers used shovels to clear the thick mud from the streets of the town, 60 kilometres (40 miles) east of the island's capital of Palma.

Locals tried to recover lost valuables from the wreckage of their homes with the help of volunteers.

Some 900 emergency services workers were involved in the clean-up operation and search for the missing, the public administration minister in the regional government of the Balearic Islands, Catalina Caldera, told reporters.

The missing child had been in a car in Sant Llorenc with his mother, who was one of those killed, a spokesman for the central government's representative in the Balearic Islands said. The boy's sister survived.

Local media reported that the mother managed to save her daughter before being swept away.