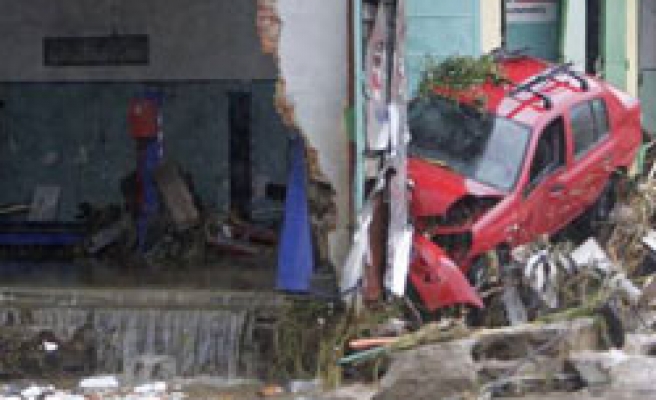 Heavy rain in central Europe has caused floods which killed at least seven people, cut off towns and forced the evacuation of residents from submerged villages by helicopter, authorities and local media said on Saturday.

The Polish town of Bogatynia was cut off after a river overflowed its banks, covering the main bridge leading into the town and sweeping away several smaller bridges.

"At this moment we need everything," said Andrzej Grzemielewicz, mayor of the town of 18,000. "We need helicopters. People are on their roofs. The situation is dramatic."

Several buildings had collapsed in the town and local media reported one person was killed.

In the Czech Republic, the news agency CTK reported three people had been killed by floods in the north of the country.

Extra rescue personnel and soldiers were called in to help with evacuation from some of the worst affected towns, using helicopters to reach villages cut off by the swollen rivers.

In the eastern German town of Neukirchen near the Czech border, police said a 72-year-old woman, her 74-year-old husband and another man aged 63 had been found drowned in the basement of their apartment block.

The fire service found the bodies on Saturday while pumping water out of the basement. The three had drowned while trying to carry items from the basement upstairs, a police spokesman said.