Five people died and hundreds lost their homes as a wave of forest fires spread through central Russia on Friday. 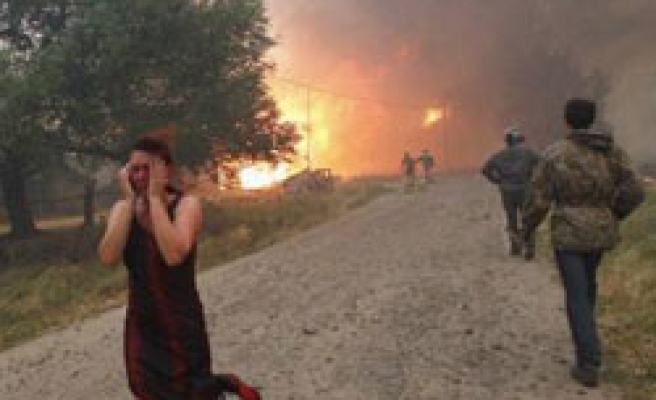 Five people died and hundreds lost their homes as a wave of forest fires spread through central Russia on Friday, fuelled by strong winds and record temperatures, the emergencies ministry said.

A heatwave has engulfed central parts of European Russia and Siberia since June, destroying crops covering an area the size of Portugal. Several cities, including Moscow, have recorded their highest-ever temperatures.

In Voronezh region, around 500 kilometres (300 miles) south of Moscow, planes dropped water on burning buildings as firefighters and volunteers braved thick smoke to battle the flames.

At least five people died overnight, including one firefighter, and over 550 people were left homeless, the Voronezh branch of the emergencies ministry said in a statement.

At least 44 homes have been destroyed in the Moscow region and 540 have been burnt down in the nearby Nizhny Novgorod region, the RIA news agency reported. It said at least 1,000 people had been evacuated in Ryazan region, southeast of Moscow.