Denmark: Anger over bid to curb asylum for Eritreans 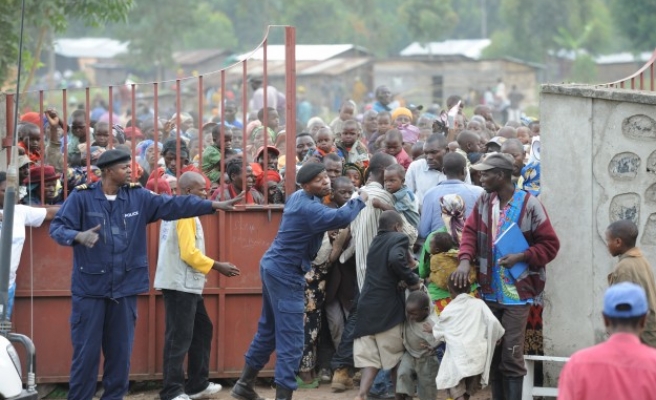 A new report from the Danish Immigration Service, which announced that Eritreans will no longer receive blanket asylum from Denmark, has come under attack from immigration experts and humans rights groups.

Reactions came on Monday after the Danish Justice Ministry stated last week that Eritreans arriving in Denmark after "fleeing their home country’s authoritarian rule and compulsory military service will no longer be automatically granted asylum."

Amnesty International spokesman Ole Hoff-Lund told the Anadolu Agency: “The report seems to be a stunning piece of deliberate politics, concluding one thing but containing the opposite. It concludes that the situation in Eritrea is now stable enough to abandon the automatic asylum right to citizens from Eritrea, but in the Appendix there is substantial evidence to the contrary."

"Amnesty International finds the report completely absurd and fears for the safety of the 1,400 refugees who have already arrived in Denmark," he added.

In the report, titled "Eritrea – Drivers and Root Causes of Emigration, National Service and the Possibility of Return," was released on Nov. 14, 2014.

The Immigration Service stated that international reports claiming that up to 10,000 people imprisoned in Eritrea were “difficult to harmonize with the reality on the ground.”

Denmark received around 10 Eritrean refugees per month in the first quarter of 2014 but, in July, the monthly average rose to 514.

This triggered a move from then Minister of Justice Karen Hækkerup to stop the automatic right to asylum and initiate a fact-finding mission to establish the realities of the current situation in the African country.

The report from the Danish Immigration Service now concludes that the situation in Eritrea regarding national military service and illegal immigration was “not in itself persecution” and therefore did not automatically “grant a demand of protection.”

But one of the report's contributors, Research Professor Gaim Kibreab, a Course Director of the Refugee Studies MSc program at London South Bank University in the UK, disputed the conclusions.

Kibreab told the Danish newspaper Politiken: “I feel betrayed and demand my name be taken off the report. They have basically ignored a lot of facts and hand-picked a few that fit the conclusion."

He accused the Immigration Service of manipulating his data to an extent which contradicted the results of 10 years of his research.

Kibreab added extensive corrections, which he forwarded to the Danish Immigration Service, after he saw a draft of the report, whose conclusion stated the opposite of his findings.

He told the Anadolu Agency he found the report "shocking," adding: “I have read some of it and then I had to stop because of discrepancies. It is outrageous how the information in the report points to one conclusion, while the official conclusion is a totally different one.”

“Everyone knows that it is not safe down there (in Eritrea). You can get arrested for nothing, just for giving the 'wrong' answer to the authorities, so it is a joke to talk about improvements in human rights,” Bozzini added.

Expressing his fears for the refugees waiting for their cases to be processed in Denmark, he said: “It is also common knowledge that the sort of information you get in Eritrea by asking the authorities should be looked upon very critically."

The service's vice director, Lykke Sørensen, told Danish newspaper Berlingske: “The report stands. It is based on credible sources within Eritrea, showing that some of our ideas about the situation in the country were not fully up-to-date.”

Prime Minister Helle Thorning-Schmidt told Danish news agency Ritzau on Monday, that she had no reason to criticize the report.

“It is to be used by the Danish Refugee Appeals Board, and I have no reason to criticize it,” she said.

Always when you write artical check the picture you are using as part of your news artical is genuine. As in this case you have failed to use genuine picture from Eritrean refugee camp because Eritreans do not look like those caputured in the pic. I know this 101% coz I am Eritrean my self. If you don't use genuine picture then it makes your news look cheap.

Who are these people in the photo? Is this in the Congo? These are not Eritreans!