The Danish government said it backed the filing of illegal PKK-related charges against two Denmark-based companies behind a Kurdish television station. 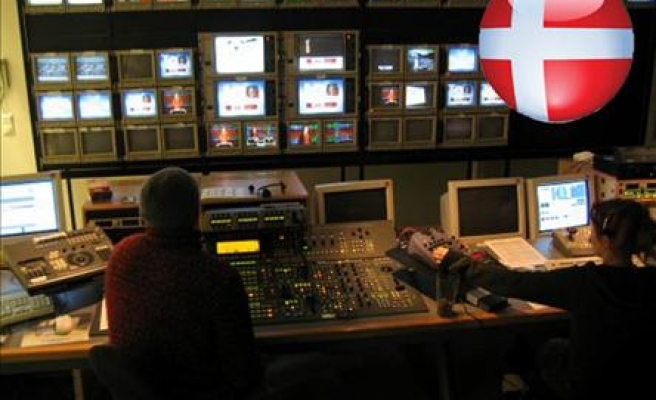 The Danish government said on Tuesday it backed the filing of illegal PKK-related charges against two Denmark-based companies behind a Kurdish television station that prosecutors accuse of promoting the outlawed PKK.

"It is the opinion of the Prosecution Service that...a number of the TV programmes and features broadcast on Roj-TV must be regarded as having the characteristics of propaganda in support of the PKK, and that this propaganda serves to promote PKK's activities," the prosecutors said.

Danish Justice Minister Lars Barfoed said in a statement that he supported the prosecutors' request to bring charges against the backers of Roj-TV for "promoting the activities of a terror organisation".

The outlawed Kurdistan Workers Party (PKK), mainly based in northern Iraq, took up arms against Turkey in 1984 with the aim of creating a separate Kurdish homeland. It is listed as a terrorist organisation by Turkey, the United States and the European Union.

Turkey has wellcomed the move of Danish prosecutors. "At the end of the legal process, Turkey is expecting those broadcasting organs, which provoked terrorism and use of violence, to be imposed to the sentence they deserved," a Foreign Ministry statement said.

Denmark's public prosecutors' office said in a separate statement that charges would be brought against the Denmark-based companies Roj-TV A/S and Mesopotamia Broadcast A/S METV under section 114 of the Danish Criminal Code.

That section makes it a criminal offence to promote the activities of an individual, group or association that commits or intends to commit acts of terrorism, the prosecutors said.

Officials at the companies could not be reached immediately for comment.

Prosecutors will also seek to have Roj-TV's Danish broadcasting licence suspended, they said. The station is available by satellite in Turkey and various European and Middle Eastern countries.

The case will be heard by the Copenhagen City Court, but a trial date has not yet been set, the prosecutors said.

Turkey may never welcome any moves by Denmark.Turkey must maintain its distance from Denmark.Remember,it is the Danish who routinely defile our Prophet Mohammed(SAWS).