According to Czech president, the only way to solve the ongoing refugee crisis is to fall back upon deportation 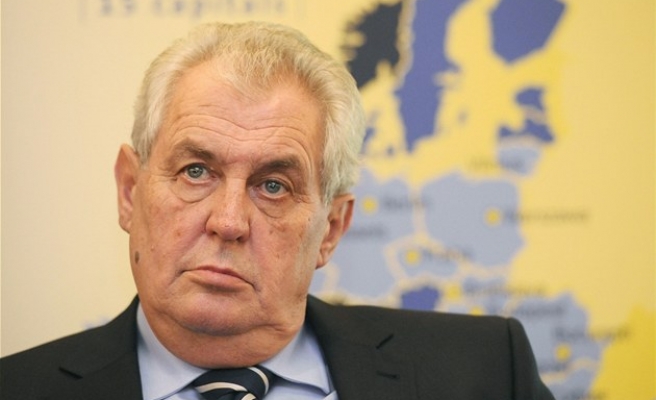 Czech President Milos Zeman, known for his anti-refugee rhetoric, on Friday called for the "deportation" of economic refugees and suspected terrorists amid what he called the EU's "complete failure" to tackle the refugee crisis.

The 71-year-old leftist has repeatedly spoken out against the surge of refugee arrivals in Europe and even attended a rally against refugees and Islam organised by the xenophobic Bloc Against Islam movement last year.

"The European Union has completely failed to solve the migration crisis," Zeman told a meeting of social democrats in the Slovak capital Bratislava.

"The only solution to the refugee crisis is the deportation of economic migrants and those advocating religious violence, religious hatred, in short, plotting terrorism."

Zeman added that his country would welcome all refugees willing to integrate but said that "Islamic refugees are impossible to integrate and assimilate into European culture," repeating a controversial opinion he first aired last month.

"Political correctness is a synonym for a lie."

Late last year, Zeman called the surge in refugee numbers "an organised invasion" of Europe and urged young men from Iraq and Syria to "take up arms" against the ISIL group instead of running away.

Surveys show that most Czechs believe their EU and NATO state of 10.5 million people should not accept refugees from war-torn countries.

But few asylum seekers have chosen to stay in the Czech Republic and EU neighbours Poland and Slovakia, while Hungary last year built a fence to deflect a refugee wave heading from the Balkans westwards to wealthier EU members such as Germany.

A million refugees arrived in Europe last year -- most from Afghanistan, Iraq and Syria -- in the continent's worst refugee crisis since World War II, while another 70,000 have arrived this year.

The influx has caused tensions between EU members and has given a boost to far-fight, anti-immigration groups across the continent.