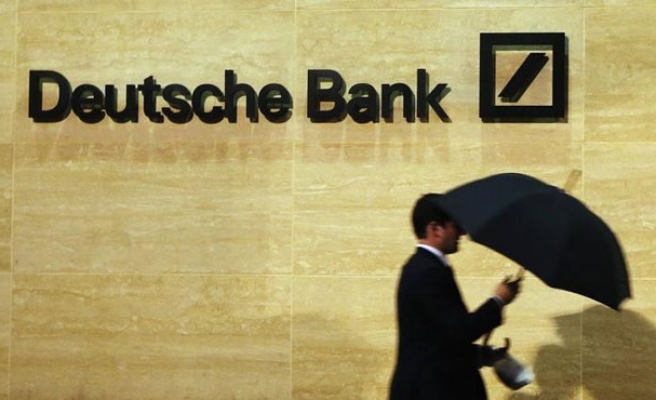 German banking giant Deutsche Bank will pay $258 million in fines for doing business with US-sanctioned entities and countries like Iran and Syria, US regulators said Wednesday.

"The firm did not have sufficient policies and procedures to ensure that activities conducted at its offices outside of the United States complied with US sanctions laws," said the Federal Reserve, which announced the penalties along with the New York State Department of Financial Services.

In addition, Germany's largest bank will install an independent monitor and fire six employees who were involved in the sanctions-evasion scheme, and bar three other employees from any work involving the company's US operations.

From at least 1999 through 2006, Deutsche Bank disguised 27,200 dollar-clearing transactions valued at more than $10.86 billion to skirt US sanctions, the authorities said.

Deutsche Bank decided to pursue a "lucrative" US dollar business for sanctioned customers, the NYDFS said.

To disguise the transactions, the bank altered the information included on the payment message, a method known as wire stripping, before the message was passed to the correspondent clearing bank in the US.

Deutsche Bank told sanctioned customers it was crucial to note "Do not mention our bank's name" in the message for payments that may involve the US to avoid raising a red flag.

"Otherwise it is possible that the (payment) instruction would be sent immediately to the USA with your full details," the bank said, according to the New York regulator.

Another bank instruction said: "Important: no Iranian names to be mentioned when making payment to New York."

Deutsche Bank also concealed the true nature of the transactions by splitting an incoming payment message into two: one that included all the details, sent to the beneficiary's bank, and a second that excluded details about the underlying parties to the transaction, sent to Deutsche Bank New York or another clearing bank in the US.

"The special processing that the Bank used to handle sanctioned payments was anything but business as usual; it required manual intervention to identify and process the payments that needed 'repair' so as to avoid triggering any sanctions-related suspicions in the US," the NYDFS said.

Anthony Albanese, acting chief of NYDFS, said the US authorities were "pleased" that Deutsche Bank had worked with them to resolve the matter and take action against employees who engaged in the misconduct.

Deutsche Bank welcomed the closure of the case.

"The conduct ceased several years ago, and since then we have terminated all business with parties from the countries involved," said Renee Calabro, a spokesman for Deutsche Bank New York, in an emailed statement.

The penalties announced Wednesday are dwarfed by the fines for sanctions violations paid by French banks BNP Paribas and Credit Agricole, at $8.9 billion and $787 million, respectively.

The NYDFS, which has been aggressive in the sanctions cases and other large enforcement cases involving foreign banks, is also far along in discussions with Deutsche Bank on investigations into manipulating the foreign exchange market and facilitating money laundering in Russia, a person familiar with the matter told AFP on Tuesday.

Deutsche Bank is also among about two dozen large banks being sued for allegedly rigging the US Treasury bond market.

The German bank was fined a record $2.5 billion in May for its involvement in rigging interest rates.