'Do not come to Europe', economic migrants told

EU president says 'I want to appeal to all potential illegal economic migrants wherever you are from: Do not come to Europe' 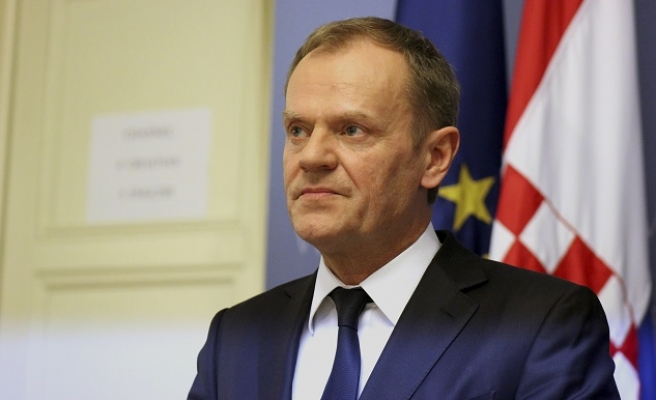 "I want to appeal to all potential illegal economic migrants wherever you are from: Do not come to Europe. Do not believe the smugglers. Do not risk your lives and your money. It is all for nothing," Tusk told a press conference in Athens.

"Greece or any other European country will no longer be a transit country. The Schengen rules will enter into force again," he added.

"Excluding Greece from Schengen is neither an end nor a means in this crisis. Greece is part of Schengen, of the euro area and of the European Union and will remain so."

Tusk is in Athens as part of a regional tour on the migration crisis that has also seen him travel to Slovenia.

He will meet Turkish Prime Minister Ahmet Davutoglu later Thursday in Ankara, where he will urge Turkey to offer more "intensive" help in reducing the flow of migrants to Europe via Greece.

Tusk will then travel on to Istanbul for talks on Friday with President Recep Tayyip Erdogan ahead of next week's EU summit with Turkey in Brussels, where the migrant crisis will top the agenda.