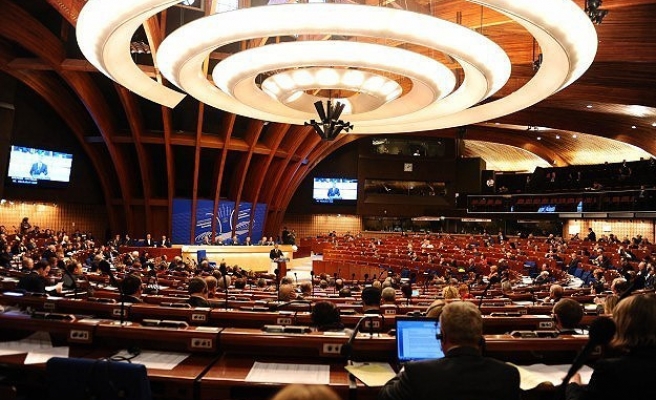 The European Union must not retreat behind national borders to pull out of its economic slump, said Guy Verhofstadt, a prominent supporter of a federal Europe who is seeking the presidency of the European Commission.

In a call to counter the rise of populist parties that reject the power of Brussels, the former Belgian prime minister said only a stronger EU could end record unemployment and revive economic growth.

"We are in a deep economic crisis," Verhofstadt said as he laid out his campaign at a news conference on Friday. "We need to launch a new leap forward in European integration."

Verhofstadt wants the 28-nation EU to use its scale as the world's largest trading bloc to strengthen cooperation in areas from energy to capital markets.

"One example: we need a single energy market, not only because of the crisis in Ukraine but to be competitive again," he said. "We need to use the European Union's advantage of scale and integrated markets as an engine for growth."

Given the fallout from the 2008 economic crisis, the European Parliament's elections from May 22-25 have taken on added significance. At the same time, a new EU treaty has given the parliament more say in choosing the Commission president.

For the first time, whichever political group emerges as the largest in parliament will have first claim on the position of the presidency, although the choice also has to be approved by EU leaders.

Verhofstadt's Alliance of Liberals and Democrats is behind both the front-runner centre-right group and the socialists, according to PollWatch 2014, an analysis of polls led by the London School of Economics and Trinity College Dublin.

But neither the centre-right nor the socialists are expected to win by enough to easily claim the Commission presidency. They will need Verhofstadt's support, turning him into a likely king maker.

Maintaining the dominance of the Europe's traditional political parties will be important, to avoid a fragmented Parliament peppered with populist parties rejecting European integration and free-trade deals.

The euro zone crisis and youth unemployment have combined to propel parties such as France's National Front into the public debate on an anti-EU and anti-immigrant platform.

"I am optimistic we can avoid an institutional paralysis," Verhofstadt said. "If there's no majority in the parliament, then no one gets to be European Commission president."

Verhofstadt was blocked by Britain in his last attempt to become Commission president, in 2004, on the grounds that he was too federalist. His views are still likely to antagonise Britain, where Prime Minister David Cameron has pledged to allow Britons to vote on whether to leave the EU if he is reelected.

But Verhofstadt is trying to soften his image, saying he favours cutting back EU bureaucracy where there is no place for it. He promises to keep out of areas such as national labour and pensions policy should he become Commission president.

"It is not my ambition to decide the internal order of nation states," he told reporters. "I don't want the European Union to decide on the details of a pension reform in France or whatever reform in Britain."