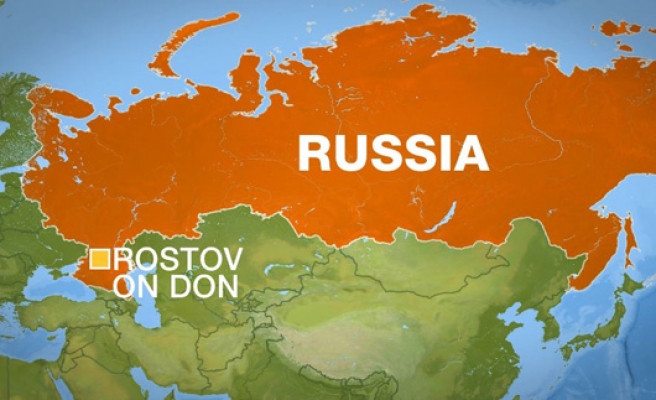 All sixty-two people on board a flydubai Boeing 737 were killed when the plane crashed and burst into flames as it was landing in Rostov-on-Don, in Southern Russia, on Saturday morning, officials said.

The plane was making its second attempt to land in bad weather when it missed the runway, erupting in a huge fireball as it crashed and leaving debris scattered across a wide area.

"flydubai regrets to confirm that flight FZ981 crashed on landing and that fatalities have been confirmed as a result of this tragic accident," the airline said on its Facebook page.

Russian investigators confirmed that all 62 people on board were killed, raising the initial toll by one.

"According to the initial information, there were 55 passengers and seven crew members on board. They are all dead," investigators said.

The passengers were all Russian nationals, including four children, local news channel LifeNews reported, describing the crew as unspecified "foreigners".

Footage shown on local media showed a huge fireball engulfing a wide area after the plane went down. The authorities took more than an hour to get the blaze under control, the emergencies ministry said.

More than 500 rescuers and 60 vehicles were dispatched to the crash site, the ministry added.

"The plane skimmed the ground and broke into several pieces," the investigators said, and LifeNews reported that fragments of the Boeing 737 were scattered up to 1.5 kilometres (one mile) from the crash site.

A strong wind warning was in place and it was raining hard at the time of the crash, and according to LifeNews, the plane had been circling the area trying to land for two hours because of the poor weather.

Other flights had been diverted to Krasnodar airport, 300 kilometres south of Rostov-on-Don.

"The weather conditions were terrible, the plane was shaking terribly," a passenger on one of the diverted flights told LifeNews.

A criminal investigation into the accident has been launched to determine whether any safety regulations were violated and if negligence played any part in the crash.

"A possible pilot error" was among the possible causes of the crash being examined, Jeanna Terekhova, an advisor to the Russian transport ministry, told news channel Russia 24.

The accident happened at 0050 GMT, according to the statement. The plane had left Dubai at 1820 GMT, flydubai confirmed.

"We are putting our emergency response in place and we will be working closely with all the authorities involved. We will share as much information as possible just as soon as we can and we will provide updated information on a regular basis," Emirates-based flydubai said in a statement on its website, which had been changed to a sombre black and grey colour scheme.

Boeing said they were aware of the incident.

"We're aware of reports coming out of Russia and our team is currently gathering more details," the plane manufacturer said on Twitter.

Government-owned flydubai, a no-frills sister firm to Emirates, was established in March 2008.

The airline had a strong safety record, but one of its planes was hit by a bullet as it landed in Baghdad airport in January 2015, prompting multiple airlines to suspend flights to the Iraqi capital. No one was hurt.

The last major aviation disaster involving Russia was in October last year, when a passenger jet on its way from Egypt's Sharm el-Sheikh resort to Saint Petersburg was brought down by a bomb in the Sinai Peninsula.

All 224 people on board, the vast majority of them Russian, were killed.

The Egyptian branch of ISIL claimed responsibility for the attack.