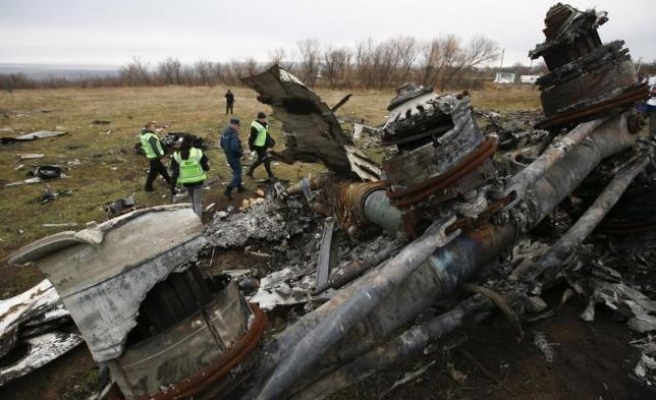 Dutch Foreign Minister Bert Koenders on Friday accused Russia of "sowing confusion" about the fate of flight MH17 by constantly criticising a final report into the disaster.

"I get the impression that the Russians at this point are not really that interested in the final report, but rather in sowing confusion (about it)," Dutch media quoted Koenders saying ahead of a weekly cabinet meeting in The Hague.

A Dutch-led final report into the July 17, 2014 Malaysia Airlines crash over war-torn eastern Ukraine was released earlier this week concluding that the plane was shot down by a surface-to-air missile.

All 298 passengers and crew on board the Boeing 777 -- the majority of them Dutch -- died when a Russian-made BUK missile struck the passenger jet on a routine flight between Amsterdam and Kuala Lumpur, the report said.

Western nations and Kyiv say the missile was fired from pro-Russian separatist-held territory, but Moscow denies the claim, pointing the finger instead at the Ukrainian military.

A Dutch-led criminal probe is currently underway to pinpoint those responsible, but experts have said it is unlikely the perpetrators will ever face trial.

"There's no point in sowing confusion. The most important thing now is to cooperate," Koenders said.

"I get the impression that they (Russia) are constantly trying to undermine the report with any whichever argument," Joustra told the paper in an interview.

The report did not directly identify who was to blame for shooting down the plane, but Joustra himself has suggested that the missile was fired from rebel-held territory in eastern Ukraine.

Asked however whether he thought Moscow was worried about the suspects emerging from the probe, Joustra said: "Clearly."

He added he was convinced the suspects would eventually be identified by the ongoing criminal investigation, but did not hold out much hope they would ever be brought to justice.

"It's going to get complicated. Many countries don't fall over their own feet to extradite people," Joustra said.