Dutch prosecution service chief Fred Westerbeke said the investigation was focusing on the theory that a surface-to-air missile had been used to shoot the plane down. 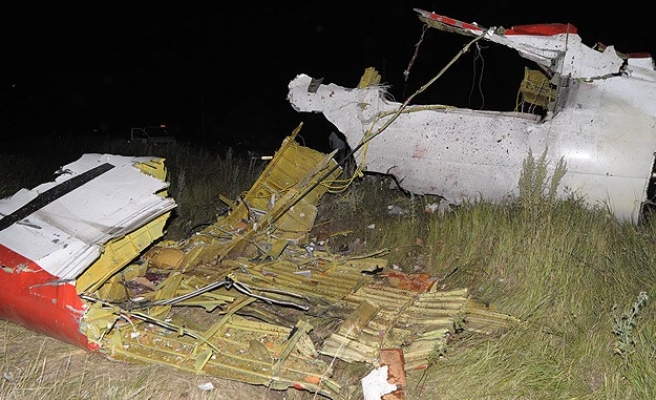 Investigators trying to find out who shot down Malaysia Airlines MH17 over eastern Ukraine have recovered 25 pieces of metal from baggage and bodies, which could lead them to the missile believed to have torn apart the airliner.

Dutch prosecution service chief Fred Westerbeke, who is leading the international inquiry into the July 17 disaster, said the investigation was focusing on the theory that a surface-to-air missile had been used to shoot the plane down.

The Dutch Safety Board reported on Tuesday that the aircraft appeared to have broken apart due to the impact of a large number of fragments, a conclusion that supported the theory that it had been shot down by a ground-based missile.

Ukraine and Western countries accuse the rebels of shooting the aircraft down with an advanced, Russian-made missile. One senior rebel leader has said his forces did not possess such weapons.

"If we can establish this iron comes from such a missile, that is important of course," Westerbeke said in an interview. "At this moment, we don't know that, but that's what we are investigating."

The investigators are severely hampered by having been unable to go to the crash site due to fighting between pro-Russian separatists and Ukrainian forces, although there are hopes that a week-old ceasefire may soon allow safe access.

Currently, detectives are relying on 500 forensic samples taken from the bodies of the victims and luggage, as well as trawling through digital sources, including 350 million web pages.

Of the 298 passengers and crew who were killed, two-thirds were Dutch.

Patricia Zorko, who is leading a team of more than 100 Dutch police working alongside Australian and Malaysian investigators, said they remained extremely keen to get to the site.

But she said an appeal to the public in Russian, Ukrainian and English had resulted in 20,000 photos and 750 videos being provided to prosecutors.

One key clue is a telephone tap, believed to be of Ukrainian separatists discussing the plane's downing, which is also being examined for authenticity, Zorko said.