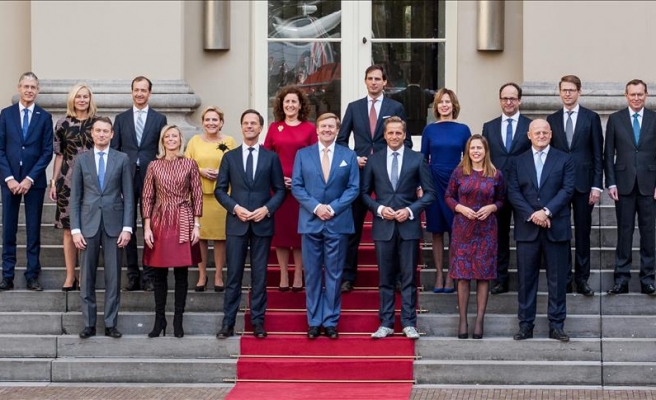 Dutch parties on Thursday agreed on a coaliton government after 225 days of talks, a record in the country's history.

Prime Minister Mark Rutte, leader of the liberal People's Party for Freedom and Democracy (VVD), was sworn in with his Cabinet of 16 ministers and eight secretaries of state at King Willem-Alexander's Noordeinde Palace in The Hague.

Dutch voters went to the polls on March 15, but no single party won enough support to form a government.

The largest group in parliament is the VVD with 33 seats, followed by the far-right Party for Freedom (PVV) with 20.

Coalition parthers the D66 and the CDA have 19 MPs in parliament apiece, while the CU has five.