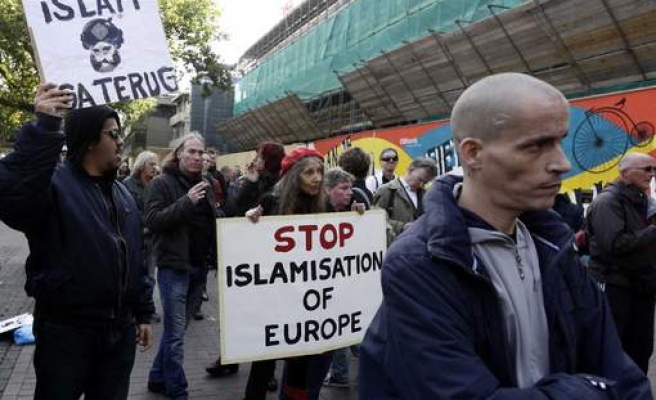 Police arrested 32 protesters late Sunday as supporters of the far-right PEGIDA movement and their opponents demonstrated on the outskirts of the Dutch city of Utrecht.

Followers of the German-founded anti-migrant and anti-Muslim group carried banners reading anti-Islamic statements, while other protesters called for the deportation of Muslims.

They were opposed by a group of anti-racist protesters.

Some were arrested for displaying Islamophobic and racist banners while others were seized for defying police orders not to leave a park on the city’s eastern fringes, disturbing the peace, and not carrying identification, police said in a statement.

PEGIDA leader Lutz Bachman, who founded the movement in Dresden last year, addressed a crowd of around 150 to call for the closure of Europe's borders to refugees. English Defence League founder Tommy Robinson was also at the event.