The clearing operation at the duck farm in Barneveld, will increase the number of animals destroyed since the first infection was discovered last Sunday to 211,000 birds 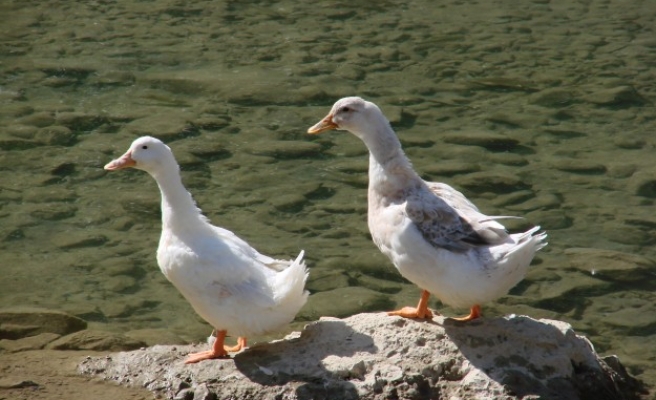 Dutch health authorities on Saturday were destroying 8,000 ducks to prevent the possible spread of bird flu, which has infected three farms in a week in the Netherlands, a leading poultry and egg exporter.

A government statement said ducks were being culled in the central town of Barneveld as a precaution because authorities want to eliminate all risks after the H5N8 virus spread to three out of 12 provinces since last Sunday.

The clearing operation at the duck farm in Barneveld, will increase the number of animals destroyed since the first infection was discovered last Sunday to 211,000 birds.

"It is necessary to do everything needed to prevent an outbreak like in 2003," when 30 million chickens were culled, the statement said.

But health officials fear that the close proximity of the farms and high numbers of animals per farm make them more vulnerable to disease outbreaks.

Since 1997, 40 million hens, cows, goats, pigs and sheep have been slaughtered to contain outbreaks including swine flu, foot-and-mouth and "mad cow" disease.

A total transport ban for all poultry products and eggs imposed on the sector last weekend is set to expire on Sunday.

The Netherlands is the world's second-largest agricultural exporter after the United States, selling more than 79 billion euros ($98 billion) worth of goods abroad last year. It is the world's leading egg exporter and largest supplier of poultry meat in the European Union.