'Two incidents in which there may have been possible civilian casualties are being investigated in around 1,300 missions carried out by the Netherlands.' the Dutch government says 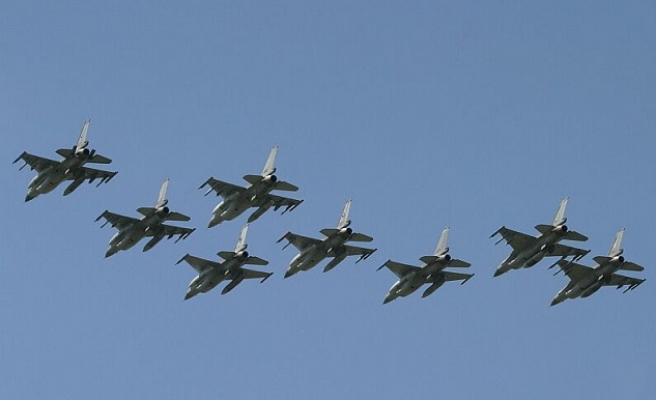 The Netherlands is probing two incidents in which civilians may have been killed or injured in air strikes against the ISIL group in Iraq, the government has said.

"Two incidents in which there may have been possible civilian casualties are being investigated in around 1,300 missions carried out by the Netherlands," The Hague-based government said in a letter to parliament late on Saturday.

Citing "operational reasons", the Defence Ministry said neither details of the incidents nor the probe are being made public.

The probe was prompted by a raft of questions raised by lawmakers in parliament on the Netherlands' role in the fight against ISIL after The Hague announced last month it would expand air operations into Syria.

Dutch F-16 fighters have been part of the US-led bombing campaign against ISIL in Iraq and The Hague said the expansion into Syria came following requests by the United States and France.

"Because of several reasons it's impossible to determine the regrettable number civilian deaths as a result of coalition operations," it added.

The Netherlands is participating in the Iraq strikes with four F-16 aircraft specialising in close air support of ground operations by Iraqi forces.

Late last year in the wake of the November Paris attacks, the Dutch government received a request from American and French allies to broaden its campaign against the ISIL extremist group.

US air strikes in Iraq began in August 2014 after ISIL captured a swathe of territory in Iraq and Syria in a lightning offensive.

Washington and Arab allies broadened the strikes against ISIL in Syria a month later in September 2014, with the US also leading moves to build an international coalition of some 60 nations against the extremists.

The four Dutch F-16 jet fighters which have been pounding ISIL extremists in Iraq since October 2014 will "remain active until July 1 over the enlarged zone," the government said last month.

Dutch Foreign Minister Bert Koenders has cautioned however that bombing was not the whole solution in a "complex conflict" in Syria.

More than 260,000 people have been killed in Syria's conflict and more than half the population has been displaced.