Despite the sharp rise on Freedom Party’s votes, no other political parties are thought to be preferring them as coalition partners. 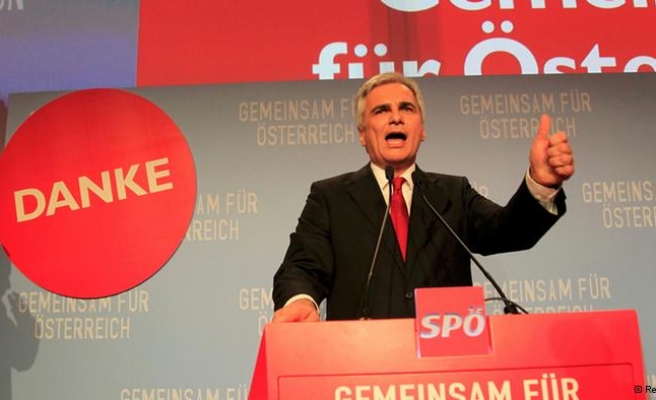 SPOe received 27.1 % of all votes in the parliamentary elections that saw a 65.9 percent turnout. OeVP, the minor coalition partner of the present coalition received the backing of 23.8 % of Austrian voters.

Austrian Interior Minister Johanna Mikl-Leitner made a statement and said postal votes are still to be added to the count on Thursday.

Despite the sharp rise on Freedom Party’s votes, no other political parties are thought to be preferring them as coalition partners.

A 2005 coalition government formed between OeVP and FPOe had brought the country to a political stalemate since the European Union suspended relations with Austria due to Freedom Party’s Eurosceptic far-right doctrines.

The party has accused the coalition of bloating the public sector, corruption and permitting too much immigration during the latest election campaign.

Austria’s Federal parliament has 183 seats and political parties must cross a threshold of 5 percent to enter the parliament.

Since none of the parties reached the number of seats enough to form a government on their own, a new coalition government will be formed after the official results are announced.