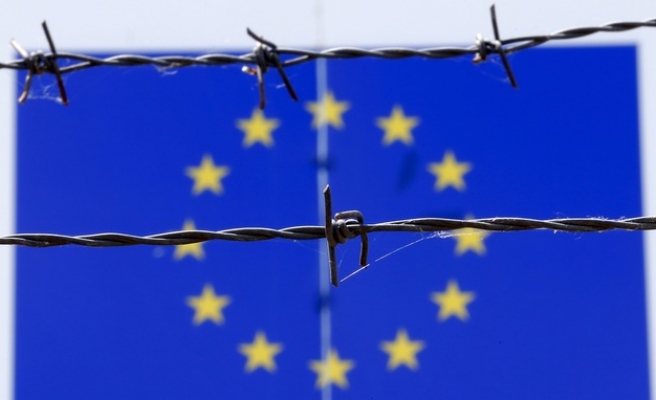 Eastern Europe rejected refugee quotas on Friday despite German warnings over the "biggest challenge" in EU history, amid disturbing footage of refugees in Hungary being fed "like animals."

German Foreign Minister Frank-Walter Steinmeier met counterparts from the Czech Republic, Hungary, Poland, and Slovakia in Prague, but failed to convince them to accept an EU plan to distribute 160,000 refugees around the continent.

"We're convinced that as countries we should keep control over the number of those we are able to accept," said Czech Foreign Minister Lubomir Zaoralek after the meeting.

Record numbers of people, many of them fleeing war and conflict, continued to pour into Europe, with around 7,600 entering Macedonia in the last 24 hours.

Faced with the with the surge, Germany says that the EU plan does not go far enough, but Chancellor Angela Merkel has few options for convincing countries that refuse to take part, having already rejected punitive measures such as cutting EU subsidies.

Hungary's response has been to send more troops to help build a four-metre fence along its southern border, and images from inside its controversial Roszke holding camp showed families being fed "like animals in a pen", with hungry women and children caught in a scrum as police threw sandwiches at them.

"It was inhumane and it really speaks for these people that they didn't fight over the food despite being clearly very hungry," said Austrian volunteer Michaela Spritzendorfer, who filmed the scenes.

They raised further concerns over the treatment of refugees in Hungary, which saw record numbers of arrivals on Thursday and is set to implement harsh new laws next week that will allow it to jail refugees.

The UN's refugee agency welcomed the EU plan to distribute refugees, but said more was needed to relieve pressure on frontline states.

"The relocation scheme can only succeed if it is accompanied by large-scale emergency reception, assistance and registration efforts in the countries most impacted by arrivals, particularly Greece, Hungary and Italy," said spokesman William Spindler, adding that 200,000 places would be needed by the end of 2016.

Furthermore, Denmark also officially refused to take in some of 160,000 refugees in accordance with Juncker's plan.

"We will not take part in the distribution of the 160,000 refugees," Integration Minister Inger Stojberg told Danish news agency Ritzau.

Like Britain and Ireland, Denmark has an opt-out on the EU's asylum policies.

"There is already an informal distribution of asylum-seekers in Europe" and "we are already placed very highly" among the countries who take in the most refugees, she said.