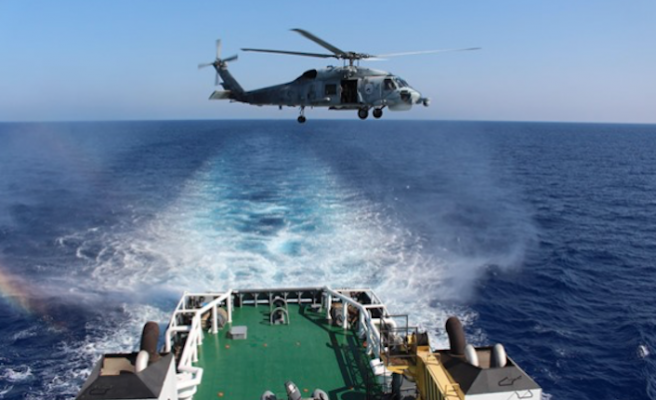 According to a statement issued by Egyptian army spokesman Tamer Rifai, the joint drills are being held in the northern Mediterranean Sea.

Rifai added that the maneuvers were intended to bolster military cooperation between the two participant countries.

The spokesman did not say when the exercises, which remain underway, would wrap up.

According to the army, training activities pertain mainly to maritime security and counter-terrorism.

In February and March, Egypt and France conducted three separate joint naval exercises in the Red Sea and the Mediterranean.

Ever since President Abdel-Fattah al-Sisi assumed power in June of 2014, Cairo and Paris have signed a range of arms deals, making France -- alongside the U.S. and Russia -- one of Egypt’s main sources for weapons.