French vessels originally designed for a Russian fleet are to be purchased by Egypt after their planned sale to Russia was cancelled. 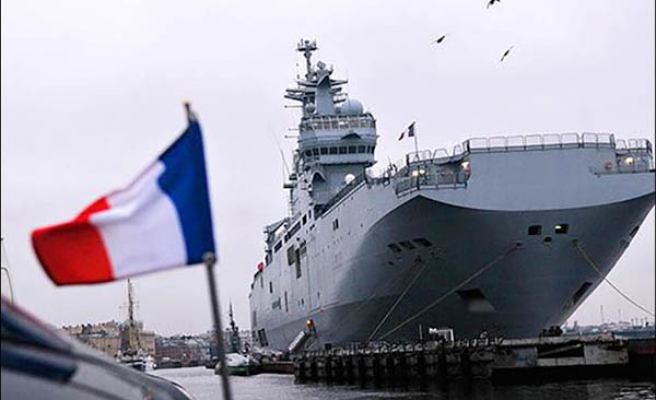 Egypt has agreed to purchase two French Mistral helicopter carriers whose planned sale to Russia was cancelled, the French presidency said in a Wednesday statement.

According to the statement, French President Francois Hollande and his Egyptian counterpart, Abdel Fattah al-Sissi, have both agreed to the deal.

The two men, the statement reads, “have agreed on the principles and terms of the acquisition by Egypt of the two Mistral warships”.

France recently terminated the €1.2-billion ($1.3 billion) contract with Russia due to the latter’s intervention in Ukraine.

On Aug. 5, both the French and Russian presidencies issued statements confirming a settlement deal, by which France would reimburse Russia with €949.7 million to conclude the matter.

Paris already announced payment to Moscow of an amount slightly lower than €1 billion, which corresponds to advance payments paid by Russia for the purchase of the two French vessels.

The sales contract between Russia and France for the two helicopter carriers was signed in 2011 between French firm DCNS and Russia's Rosoboronexport. It was approved at the time by France’s then-president, Nicolas Sarkozy.