According to interior minister Angelino Alfano, a second autopsy in Italy into the death of the Italian student Gulio Regeni Mr Alfano said the student had suffered 'something inhuman, animal-like, an unacceptable violence.' 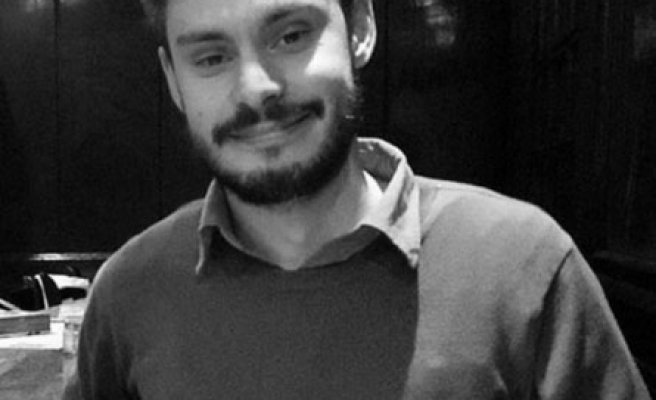 Italy on Friday bade a tear-soaked farewel-l to slain student Giulio Regeni as Prime Minister Matteo Renzi warned Egypt their countries' close ties were on the line over the young man's brutal and unexplained death in Cairo.

More than 3,000 people attended a private funeral for the 28-year-old in his home town of Fiumicello in northeastern Italy, nine days after his torture-scarred body was found dumped in a ditch on the outskirts of the Egyptian capital.

A two-hour service in the town's sports hall culminated in a poignant message from his mother Paola Regeni, read on her behalf by a friend of Giulio's.

"Thank you Giulio for having taught me so many things. The energy of your thinking will stay in my heart. Your thinking about how to love, how to understand and how to build tolerance. I love you. Mamma."

The Egyptian coptic priest who had blessed Regeni's corpse following its discovery in Cairo had earlier said Regeni's death could serve to save other lives, referring to the biblical story of Barabbas, the man chosen by a mob to be spared crucifixion ahead of Jesus Christ.

"Giulio is the scapegoat who will free the Barrabas that we do not yet know," said Father Mamdua, who was invited to Italy for the service by the Regeni family.

Fiumicello mayor Ennio Scridel described what had happened to a popular son of the sleepy town in the northeastern corner of Italy as "an unimaginable nightmare".

"There is nothing that can make what happened understandable, when man turns into a beast. This story does not finish here," he said.

Hours earlier Renzi had said Egypt was cooperating with Rome's demand that Italian investigators be fully involved in the investigation into the death of the 28-year-old.

"For the moment, all our requests have been met and above all we have demanded that every element should be put on the table in order that the truth can be established and those really responsible can be detained," Renzi told Radio Anch'io.

"This has been a tragic event," he added. "I extend my condolences to Giulio's family and I say that we have told the Egyptians: friendship is a precious asset but it is only possible on the basis of truth."

Regeni disappeared on January 25. Many Italians believe he was abducted and killed by elements of the Egyptian security services, an allegation the authorities in Cairo have rejected as baseless.

According to media reports, the Italian team in Cairo have questioned an Egyptian national who has testified that he saw a foreigner being bundled into a police van close to Regeni's house around the time he disappeared on January 25.

Regeni's slaying while he was in Cairo doing research for his doctoral thesis has become a cause celebre amongst academics around the world and has turned the spotlight on what rights and opposition groups say are increasing abuses by security services under the military-backed government in Cairo.

Nearly 5,000 university lecturers and researchers have signed a letter accusing Egypt of using torture against its own citizens and demanding an independent probe into Regeni's death.

Dozens of Regeni's friends from around the world made the journey to attend the funeral, which concluded with his burial in the communal cemetery.

The day Regeni went missing was the fifth anniversary of the start of the Arab Spring uprising which led to the overthrow of longtime autocrat Hosni Mubark.

Police had been deployed across the city to prevent demonstrations.