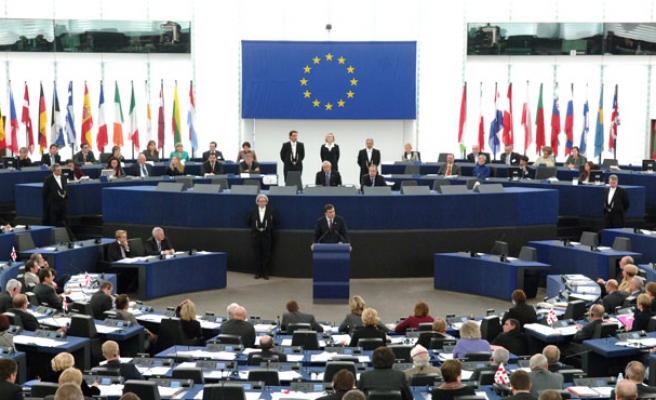 "These convictions are serious violations of their human rights and should be reversed," it said in a statement.

The statement condemned the sentencing on charges of "separatism" of Ulmi Umerov, deputy chairman of the Crimean Tatar Mejlis -- a representative body -- as well as Deputy Mejlis Chair Akhtem Chyigoz and journalist Mykola Semena.

The parliament said "repression" and "application of legislation on extremism, terrorism and separatism" had led to a "severe" deterioration in the human rights situation on the Crimean Peninsula.

It added that under the illegal Russian annexation, the "forced" imposition of Russian citizenship had become systematic, and fundamental freedoms were not guaranteed there.

The parliament reiterated that the annexation of Crimea by Russia was illegal.

Along with many UN countries, the U.S., the EU and Turkey also do not recognize Crimea as Russian territory.

Since the annexation of Crimea, the region’s Tatar minority has complained of repression, including arbitrary arrests and detentions.