One of the biggest mosques in Russia will finally open today in Moscow on Wednesday after 10 years of construction work, with President Vladimir Putin and foreign dignitaries attending the ceremony. 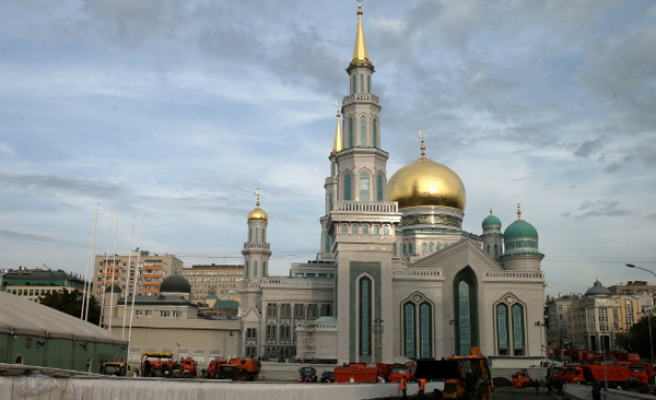 The new Moscow CentralMosque will open on Wednesday in the presence of thousands of Muslims and foreign VIP guests, in time for the Eid ul Adha (Feast of Sacrifice).

The new building of the Moscow Mosque was erected on the place of a historical building constructed in the early 20th century and torn down in 2011.

A prayer space that can accomodate up to 10,000 people, the mosque was built in conjunction with the Turkish Department of Religious Affairs and the Religious Foundation of Turkey. The mosque  commissioned by the Moscow Central Mosque Religious Administration, with the interior of the mosque built in an classical Ottoman style.

The total area of the six-storey mosque has grown 20-fold, from 980 square meters to 19,000 square meters. The new mosque can accommodate up to 10,000 worshipers. The building has six elevators and equipment for people with disabilities.

The cost of building the Moscow Cathedral Mosque stood at approximately $170 million.

According to various estimates, especially during major religious holidays, up to 100,000 people gather outside the central mosque alone which has lead to overcrowding of nearby streets and spaces, according to RBTH.

“I am glad that Moscow will now have a big and modern mosque,” Albir Sharafutdinov.“Yet I think it may have been more useful to spend that money not to build one huge mosque but a couple of smaller ones in other parts of the city.  It takes an hour or an hour and a half to get here from a suburb.”