Leaders from across the world gathered in Paris to mark Nov. 11 Armistice Day 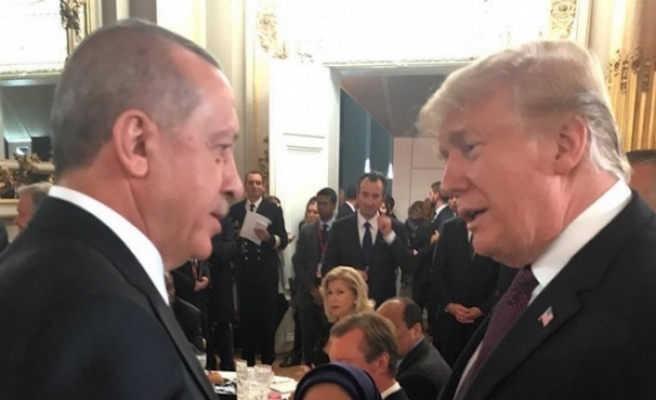 Turkish President Recep Tayyip Erdogan and his U.S. counterpart Donald Trump chatted for a while on Saturday during a dinner hosted by the French leader.

Erdogan arrived in Paris on Saturday at the invitation of French President Emmanuel Macron to attend the Armistice Day commemorations.

The dinner was given by Macron in the honor of world leaders and their spouses who came to Paris to attend the event.

Sitting next to each other, Turkish and the U.S. presidents had some talks. 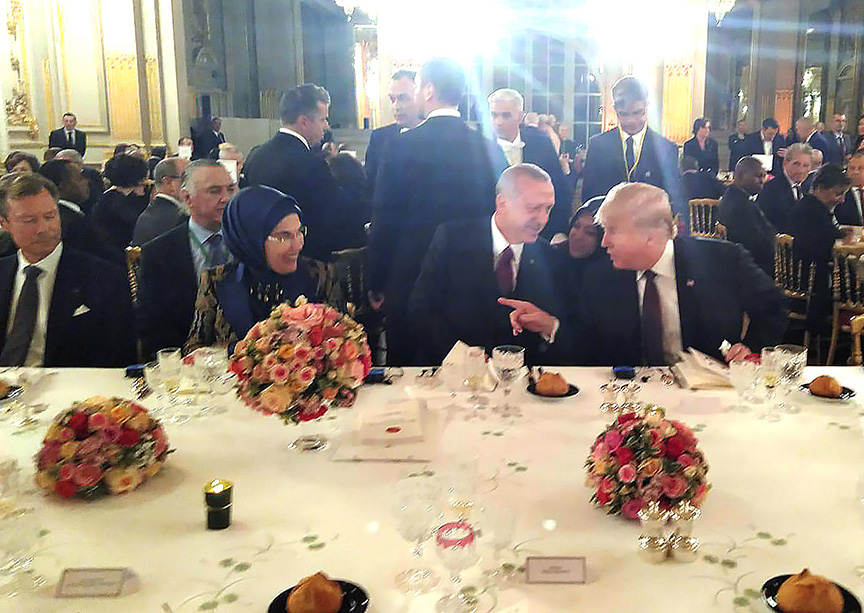 During his two-day visit, Erdogan is expected to hold bilateral meetings with world leaders, particularly with his U.S. counterpart Donald Trump.

Nov. 11 Armistice Day marks the 1918 end of World War between the Allies and their opponent, Germany, on land, sea, and air.

This year’s ceremonies -- to be hosted by Macron in Paris -- will also see the attendance of nearly 100 world leaders, including U.S. President Trump and Russian President Vladimir Putin.