President Toomas Hendrik said "yes" when asked at a news conference if he wanted permanent NATO bases in Estonia. 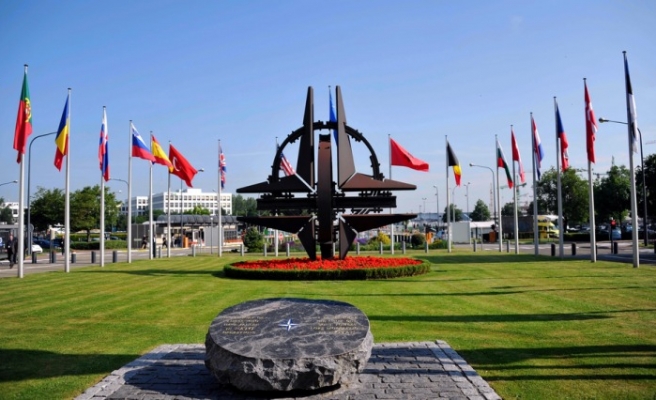 Roivas told Reuters in an interview that NATO should move weapons storage facilities into the former eastern bloc, increase air policing on its eastern frontier and create a rapid deployment force that could move more swiftly into place in case of a conflict.

"We have to make sure the deterrence is strong enough so it will become unthinkable for Russia to go beyond (Ukraine)," Roivas, 34, said, referring to Moscow's actions in Crimea and eastern Ukraine.

He was speaking on the eve of U.S. President Barack Obama's visit to Estonia, a former Soviet republic.

Obama attends NATO's summit in Wales on Thursday and Friday where Russia's involvement in Ukraine is expected to be the main topic.

The three Baltic states of Estonia, Latvia and Lithuania -- former Soviet republics that have been members of the European Union and NATO since 2004 -- are seen by some as especially vulnerable to Russian attention because of their Russian minorities and high dependence on energy shipments from Moscow.

"We're not talking about tens of thousands of permanently stationed (NATO) troops in our country anytime soon; that's not a goal," Roivas said. "We're talking about clear and visible presence, we're talking about air policing... and being ready when needed. This mean training and pre-positioning equipment."

Estonian President Toomas Hendrik Ilves, who mostly holds symbolic powers, used even stronger language earlier, arguing on a state visit to Norway that NATO should set up a permanent base in his country.

NATO agreed this week to create a "spearhead" rapid reaction force, potentially including several thousand troops, that could be sent to a hot spot in as little as two days, down from an earlier response time of around five days.

But the Alliance remains divided on setting up permanent bases in the east as it could counter an existing agreement with Moscow. Obama's was seen giving symbolic support.

"With the uptick in violence in Ukraine, and fears that the Baltic states could be next, a bit of visible reassurance is absolutely crucial," said Matthew Bryza, a former U.S. ambassador to Azerbaijan.

"It will calm things and maintain social cohesion, especially Latvia and Estonia, which have sizable ethnic Russian and Russian speaking populations," said Bryza, now the head of the Estonia-based International Centre for Defence Studies.

Roivas said that more defence spending from NATO members is also needed to because Russia's aggression indicated a permanent shift in Europe's security.

Roivas added that more sanctions were also needed against Russia and that Europe needs to cut its reliance on Russian gas.