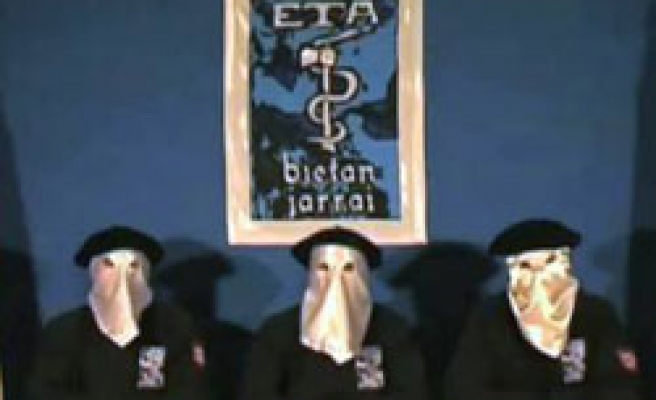 The Basque pro-freedom group ETA declared a cease-fire in a video statement issued Sunday, suggesting it might turn to a political process in its quest for an independent homeland.

ETA, blamed for the deaths of 829 people in attacks on Spanish targets, said it decided several months ago that it "will not carry out armed offensive actions." It did not specify if the ceasefire was temporary or permanent.

"ETA confirms its commitment to finding a democratic solution to the conflict," said a woman sitting in the centre.

ETA is seeking an independent Basque homeland in northern Spain and southwestern France.

Government officials were quoted in the El Pais newspaper as saying the declaration was a move in the right direction but ETA must still definitively abandon the armed struggle.

The group has been weakened by the arrests of several of its top leaders in Spain, France and Portugal, where a bomb-making factory was discovered and dismantled by police in February.