One of the EU force's missions will be to provide security at Bangui airport, where up to 100,000 people who have fled the violence are living in dire conditions. 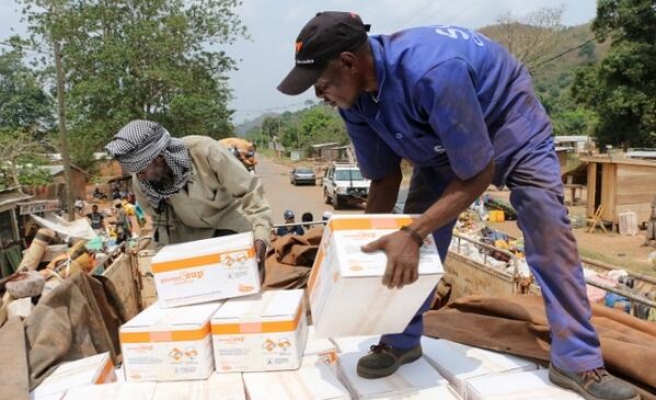 The small military force the European Union plans to send to violence-torn Central African Republic will focus on swiftly creating a safe haven in part of the capital Bangui, its French commander said on Thursday.

The 500-strong force will have just six months from when it becomes fully operational to help improve security and so "must attain visible results very quickly," Major-General Philippe Ponties told a news conference.

"The aim is to establish in our area of operations a kind of safe haven (in a limited area of Bangui) where people could feel secure," he said.

At least 2,000 people have been killed so far in the conflict.

One of the EU force's missions will be to provide security at Bangui airport, where up to 100,000 people who have fled the violence are living in dire conditions.

France sent 1,600 troops to the large landlocked country in December to assist some 5,000 African Union peacekeepers.

In response to appeals by President Francois Hollande for more European support, the 28-nation EU has acted unusually quickly to put together a military force, although it will be small and may include some French soldiers.

The normally cautious EU is sending soldiers into a potentially dangerous environment, in contrast to the military training missions it usually undertakes.

The force will aim to create a secure environment in its area, allow humanitarian groups to work and displaced people to return home. It will stay for up to six months before handing over to the AU force.

It is not yet clear who will supply the troops for the EU operation, whose cost is put at 26 million euros ($35.5 million).

At a "force generation" conference in Brussels on Thursday, six EU states offered "substantial" contributions of soldiers or police. Estonia and non-EU member Georgia have already voiced readiness to offer troops, a diplomatic source said, declining to name the countries.

A second "force generation" conference will be held in late February to fill any gaps.

The EU force plans to use surveillance drones, provided EU governments are prepared to supply them, Ponties said.