The European Commission has asked France to prove its expulsion of Roma migrants meets EU rules. 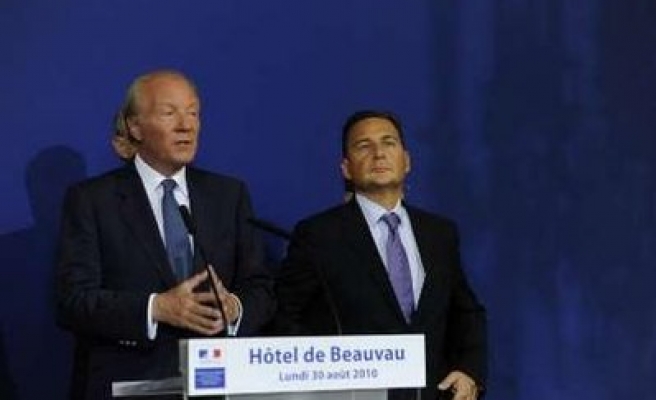 The European Commission has asked France to prove its expulsion of Roma migrants meets EU rules, stepping into a debate on balancing domestic policies in the bloc with protecting the rights of marginalised groups.

In a preliminary report this week, three of the Commission's 27 commissioners questioned whether France was meeting the EU's legal requirements when sending Roma migrants back to Romania and Bulgaria. But the report withheld any judgment for now.

In the past month France has expelled 1,000 Roma from illegal camps around the country, bringing the total this year to nearly 9,000, as President Nicolas Sarkozy pursues a security clampdown at a time of falling popularity.

The expulsions have left the EU's executive Commission with a dilemma as it struggles with the need to give member states room to act, while ensuring the bloc's policies on protecting minorities and the free movement of people are respected.

"The Commission is seeking detailed information from the French authorities on whether and to which extent the safeguards required ... have been applied in recent cases," reads the report, a copy of which was obtained by Reuters.

EU experts say the legality of the expulsions hinges on the conditions under which the Roma are being sent back rather than the fact of returning them, although France will likely have to show its crime crackdown is not targeting the Roma alone.

As EU citizens, the Roma are free to live in any EU state for up for three months. To stay longer they need to work and contribute to the social security programme. But many of Europe's roughly 10 million Roma do not work in the formal economy.

The expulsions have prompted a wealth of criticism from human rights groups, the Catholic Church and several ministers within Sarkozy's government, with many denouncing the link being made between Europe's largest ethnic minority and crime.

During the August holiday month, the Commission struggled to define its position, even as it was hit by daily questions about France's actions. Now it is trying to regain the initiative on a sensitive, highly charged issue.

In their confidential report, the three commissioners said France should ensure the expulsions were justified for each individual and prove the expatriated people posed a threat to public security or a substantial burden on social assistance.

France has sought to simplify the argument by saying the returns were voluntary. Those who agree to leave receive 300 euros ($390) and a further 100 euros for each of their children.

But the commissioners said it was not enough for Paris to offer the Roma cash to leave -- in effect paying to waive the bloc's rules on the free movement of citizens.

Another issue being examined by the Commission is whether France is treating equally anyone who may be breaching EU rules on unrestricted movement across borders.

Even when legal assessments are out of the way, the Commission will have to grapple with the broader problem of what human rights activists say is a growing unwillingness of some EU capitals to tackle the social exclusion of the Roma.

The problem has mounted in the recent years, they say, as economic difficulties give rise to anti-immigrant sentiment.

"Everyone is trying to bury their head in the sand," said Piotr Maciej Kaczynski of the Centre for European Policy Studies in Brussels.