The European Commission considers that the Spanish authorities have a responsibility to look into the circumstances of the incident in Ceuta. 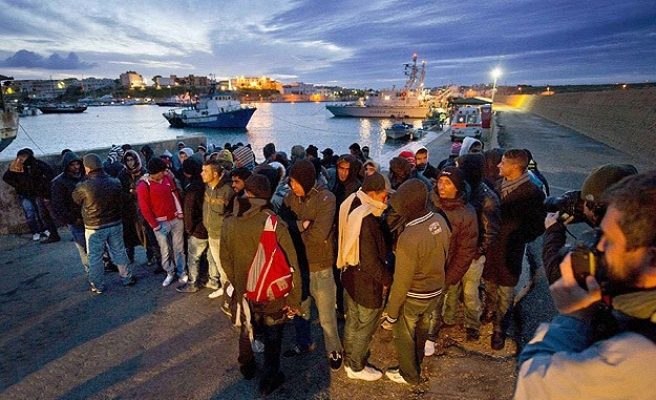 The European Commission said on Friday it would ask Spain to explain why police fired rubber bullets at immigrants who were trying to swim to Spain's north African enclave Ceuta from Morocco.

At least 12 people drowned in the Feb. 6 incident that triggered protests in Spain over immigration policy.

"The commission considers that the Spanish authorities have a responsibility to look into the circumstances of this particular incident in Ceuta," said Michele Cercone, spokesman for EU Home Affairs Commissioner Cecilia Malmstrom.

"I expect clarifications from the authorities," the tweet read.

EU laws state that border surveillance measures must be proportionate to the objectives pursued, respect fundamental rights and human dignity and be carried out in accordance with laws on protection of refugees.

Spanish Interior Minister Jorge Fernandez told parliament on Thursday that rubber bullets were fired and the action was justified and proportionate as migrants tried to swim or wade around a rocky breakwater that divides Ceuta from Morocco.

The minister said no one was hit by the bullets, which were fired as a deterrent when about 200 migrants made a rush on the border at the same time. Some of them ended up on shore in Spain and others were forced back to Morocco.

The Spanish territories of Melilla and Ceuta, both along Morocco's Mediterranean coastline, are magnets for sub-Saharan Africans and other immigrants trying to reach Europe. Hundreds of hopeful immigrants camp out in areas just outside both cities and frequently make mass attempts to climb the triple fences lined with razor wire or to swim along the coast.

Every year a few thousand immigrants make it into the enclaves. They are housed in an internment centre where Spain attempts to establish their nationality. Depending on treaties between Spain and the country of origin of each immigrant, some are repatriated and others are allowed into Spain.

War has driven hundreds of refugees from Syria to northern Morocco, who are also trying to reach Europethrough the Spanish territories.

Hundreds of people protested in Madrid earlier in the week against the treatment of migrants, bearing placards with slogans such as: "Ceuta, the shame of Europe."

"If the 12 dead people had been white and Spanish, the National Police director would not have gone to work today," said Socialist leader Antonio Hernando in a news conference.