EU climate commissioner's 'declaration appears to be in compliance with the code of conduct for commissioners,' European Commission spokesman says 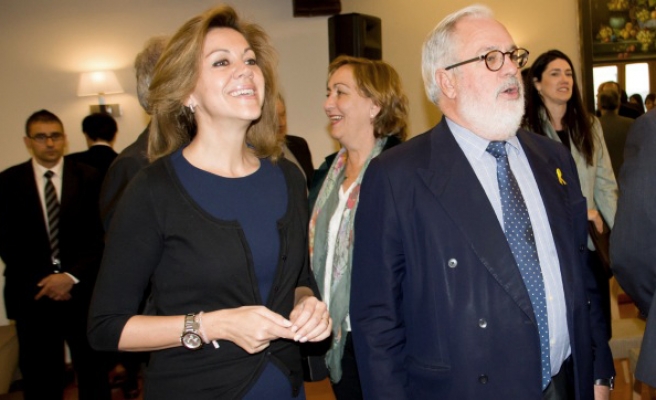 The European Commission defended Monday EU climate commissioner Miguel Arias Canete, saying he appeared to have obeyed its rules by disclosing his wife's links with a firm caught up in the "Panama Papers" scandal.

Overnight, a media probe into millions of documents leaked from a Panama-based law firm exposed a tangle of financial dealings by global elites, from aides of Russian President Vladimir Putin to relatives of Chinese President Xi Jinping, sports celebrities and screen stars.

Among others, the International Consortium of Investigative Journalists said Canete's wife, Micaela Domecq Solis-Beaumont, was linked to Rinconada Investments Group, a Panama company registered in 2005.

European Commission spokesman Margaritis Schinas, asked about the Panama connection, told reporters that everything seemed to be in order and that Canete had informed the EU's executive arm of his and his wife's business interests when he took up office in 2014.

"His declaration appears to be in compliance with the code of conduct for commissioners as it includes all the professional activities and financial interests of the commissioner's wife that would pose a potential conflict of interest," Schinas said.

"As far as the company (Rinconada) referred to in the news is concerned, according to the information given by the commissioner, this company has been inactive for several years before he took office in November 2014," he added.

Rinconada is not listed on the document which can be seen on the European Commission's website under the entry for Canete.

The Panama law firm at the heart of the document leak, Mossack Fonseca, listed Rinconada as inactive in January 2010, the ICIJ said on its website.

Schinas, asked about the reports about Canete's wife, said the commissioner had informed Commission head Jean-Claude Juncker of the situation at the same time as he had replied to ICIJ journalist questions on the subject.

Offshore financial dealings are not illegal in themselves but may be abused to hide assets from tax authorities, launder the proceeds of criminal activities or conceal misappropriated or politically inconvenient wealth.

The European Commission has made it a priority to crack down on tax avoidance under Juncker, who was himself snared in charges that he had allowed sweetheart tax deals with major companies during his 19 years as Luxembourg prime minister.