If reestablished border checks continue for a decade, the annual costs would rise significantly with France seen losing 0.5 percent of GDP in 2025 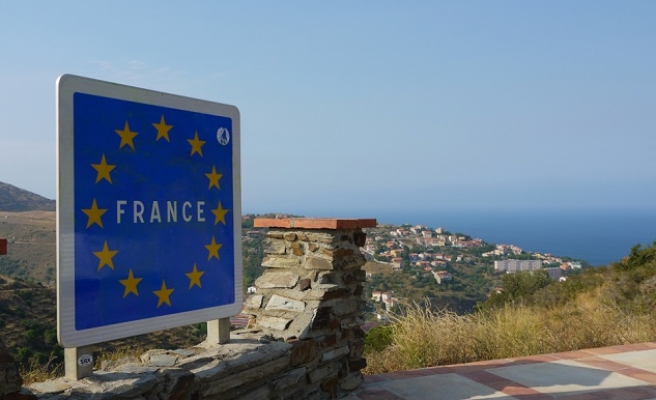 Re-establishing European borders as a result of the migration crisis could cost France more than 10 billion euros per year, according to a study published on Wednesday.

The vast influx of refugees and migrants has seen calls grow for Europe's borderless Schengen zone to be abandoned and tougher immigration controls imposed.

But a study by France Strategie, a government-linked think tank, said the impact on trade, tourism and transport would trigger losses of up to two billion euros per year in the short term, not including the cost of implementing the new controls.

Half of that loss would come from a loss of tourists, the study said, while up to 10,000 people who commute across the border could lose their jobs.

"In the longer run, widespread permanent border controls would decrease trade between Schengen countries by a factor 10 percent to 20 percent," the study said.

If stringent border checks continued for a decade, the annual costs would rise significantly with France seen losing 0.5 percent of GDP in 2025 -- more than 10 billion euros.

Across the same period, the Schengen zone as a whole would lose 0.79 percent of GDP, equivalent to a loss of 110 billion euros, the study estimated.

That is not all -- foreign investors may be discouraged and financial flows disrupted, though the study said such factors were tricky to evaluate.

The Schengen area was set up in 1995, allowing passport-free travel through 26 countries, most of them in the European Union, and is held up as one of the major European achievements.

But in recent months, faced with an unprecedented surge in migrant and refugee numbers from the Middle East and Africa, several countries including France have reimposed temporary controls.

The EU has put pressure on Greece -- the arrival point for most migrants -- to strengthen its border and registration process.

If Greece fails to comply with the recommendations, Brussels could authorise EU member countries to exceptionally extend border controls within the Schengen area -- including with Greece -- for up to two years.