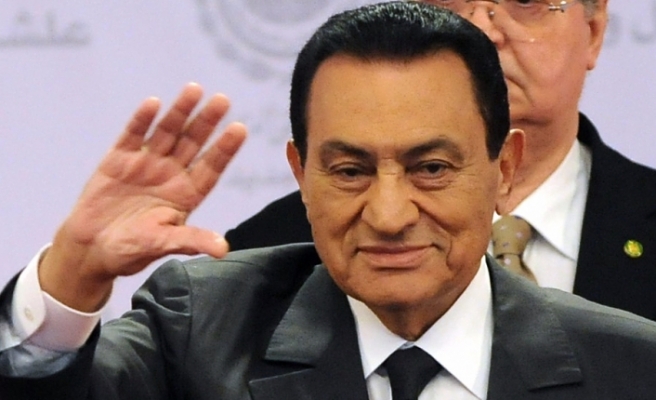 A European court on Thursday upheld the EU Council’s decision to renew the freezing of the assets of family members of former Egyptian President Hosni Mubarak over misappropriation of Egyptian State funds.

In a statement, the General Court of the European Union said: “The Council had sufficient information at its disposal with regard to the political and judicial context in Egypt, and the judicial proceedings to which members of the Mubarak family were subject, to adopt the decision.”

The move came after Mubarak’s family, his wife Suzanne, his sons and his sons’ wives asked the court to annul the acts of renewing the freezing of their assets in 2016 and in 2017, arguing that there is no legal basis for them.

The Council of the European Union had adopted a decision in 2011 -- when political events took place in Egypt concerning “restrictive measures directed against certain persons identified as being responsible for misappropriation of Egyptian State funds and persons associated with them.”

The statement said: “The decision, which sought to freeze all the funds of those individuals in the European Union, was part of a policy of support for a peaceful transition to a civilian and democratic government in Egypt based on the rule of law.”

Mubarak, who ruled Egypt for more than three decades, was forced to step down in February 2011 after 18 days of street protests.

Two months later, he was put on trial to face multiple charges, including corruption, abuse of power and involvement in the murder of hundreds of anti-regime demonstrators by Egyptian security forces.

However, after several trials, appeals, and retrials, he was ultimately cleared of the charges against him.

The only charge for which he was convicted was the illegal appropriation of state funds to refurbish several of his family’s lavish personal residences.