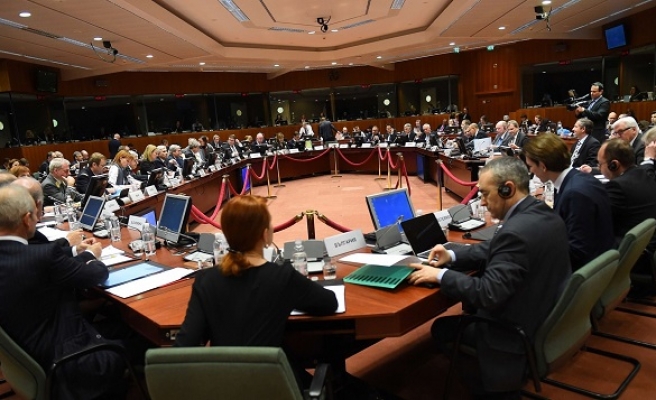 EU foreign ministers were trying to resolve last-minute differences Monday over a statement on the Middle East peace process and Israeli settlements which some feel is too critical, officials and diplomatic sources said.

"Some countries have said they would like to see some changes. We will listen to them but it is obviously desirable that the council be able to approve the conclusions," French state secretary for European Affairs Harlem Desir said as he went into the foreign ministers' meeting.

The EU has held for many years that a final agreement on the Israeli-Palestinian conflict must be based on a two-state solution, and that Israeli settlements are illegal and undermine peace efforts.

Reaffirming that position would not represent any new departure for the 28-nation EU, which believes the whole peace process is in jeopardy and needs to be revived as a matter of urgency.

Diplomatic sources say the problem arises from an EU decision last year to label goods as imported from Israeli settlements, rather than as "Made in Israel".

Israel reacted sharply to a move it saw as hostile, smacking of a goods boycott, and suspended diplomatic contacts with the EU on the Middle East peace process which stalled in April 2014.

At the weekend, the Haaretz newspaper said the Israeli government was trying to prevent EU foreign ministers from approving a text which would highlight the distinction between Israel proper and settlements in the occupied territories, exposing them to possible increased sanctions.

Haaretz cited senior Israeli officials as saying the wording of the text had become increasingly harsh ahead of the meeting.

EU diplomatic sources said the text was approved by officials on Friday but that it had then been sent back to be changed over the weekend.

The sources said on Monday that a new text was being circulated, but gave no details of any changes made.