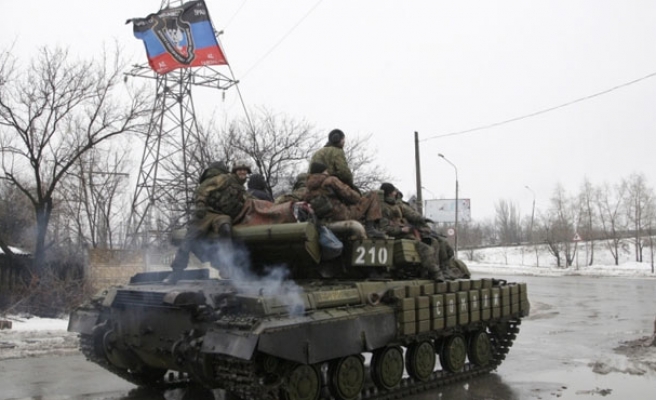 World Bulletin / News Desk
The European Union decided Thursday to extend by six months a first set of sanctions against Russia that were supposed to expire in March.

At least 30 civilians were killed last week during shelling of a residential area in the eastern Ukrainian city of Mariupol.

“Ukrainians expect we will stick to our course," Lithuanian Foreign Minister Linas Antanas Linkevicius told reporters before the meeting.

In Washington, State Department spokeswoman Jen Psaki welcomed news of additional economic pressure on Russia as a "positive step." She didn't predict whether the U.S. would join the EU – which it has worked in parallel with to implement sanctions on Russia – in potentially applying additional sanctions.

"Obviously, we'll continue to consider others that we could add, but I don't have anything to predict for you," she told reporters.

The EU members warned Tuesday of further sanctions against Russia. The statement said all 28 governments agreed that Russia was responsible for the shelling in Mariupol --  allegations Russia denies.

However, the Greek government objected to the joint statement.

"The aforementioned statement was released without the prescribed procedure to obtain consent by the member states and particularly without ensuring the consent of Greece," the country's government said Tuesday.

The statement raised concerns as to whether the new Greek government would oppose further sanctions on Russia.

''I do not expect that the first move of government will be to break European unity,'' Linkevicius said.

Greek Foreign Minister Nikos Kotzias told reporters Thursday that his country was pursuing the issue in its own way.

''Greece is working for the restoration of peace and stability in Ukraine and at the same time is working for preventing the rift between the European Union and Russia,'' Kotzias said.

EU leaders must approve the sanctions on Russia at a summit meeting Feb. 12 in Brussels.