Total of 31,500 refugees from Greece and Italy resettled by September this year, far below promised 160,000 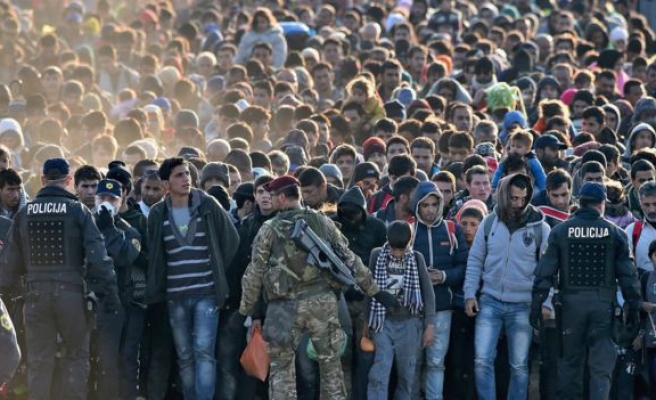 The European Union has failed to implement a comprehensive refugee policy, resettling only 31,500 of the 160,000 refugees they planned to relocate by September this year, data released Wednesday by the European Commission showed.

According to the commission’s report European Agenda on Migration: Consolidating progress made, the total number of relocations stands at 31,500, far below its goal of relocating 160,000 refugees from Greece and Italy under an EU-Turkey deal reached in March 2016.

But the report tried to accentuate the positive, saying: "Since 2015, we have made real progress through our joint work to manage migration better in a comprehensive way. However, we are not there yet, and this issue will stay with us for some time.

"So we must continue our comprehensive and joint efforts with even more energy and determination to consolidate our achievements and deliver the full European Agenda on Migration. Migration remains the top concern of our citizens, and it should also remain our top priority," First Vice-President Frans Timmermans said.

According to the report, 11,354 Syrian refugees out of a promised 72,000 from Turkey have so far been provided with safe and legal passage to Europe under the EU-Turkey Statement.

In Turkey, the EU is “well on track” to contract the EUR3 billion ($3.5 billion) under the Facility for Refugees by the end of 2017, the report said.

The March 2016 deal aimed to discourage irregular migration through the Aegean Sea by taking stricter measures against human traffickers and improving the conditions of Syrian refugees in Turkey.

Turkey now hosts some 3 million Syrian refugees, more than any other country in the world. The country has spent nearly $25 billion helping and sheltering refugees since the beginning of the Syrian civil war.

The deal included a EUR6 billion ($7.07 billion) aid package to help Turkey care for millions of refugees hosted in the country.

The EU promised to initially allocate EUR3 billion in its first tranche for projects to support Syrian refugees.

However, Turkey has so far received only EUR800 million ($943 million).