EU has conditions for post-Brexit defense ties with UK

Chief negotiator says EU will not close doors to defense cooperation with UK after Brexit, but will set its own conditions 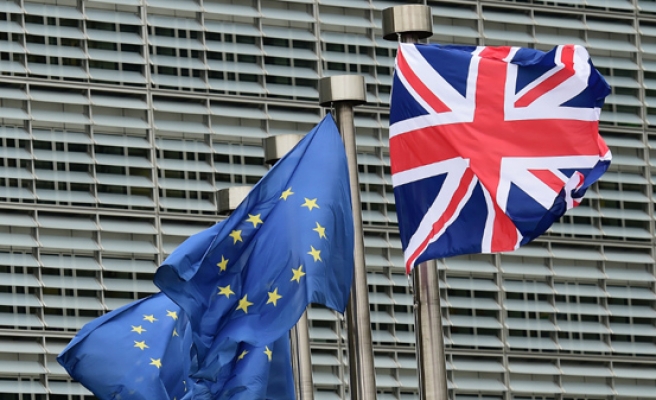 The EU will not close the door to defense cooperation with the U.K. after Brexit, but will set its own conditions, the EU's chief Brexit negotiator Michel Barnier said on Wednesday.

Speaking at the Berlin Security Conference, Barnier underlined that the remaining 27 EU member states would continue their deepening defense cooperation, despite Britain’s decision to withdraw from the EU.

"The defense agreement will certainly come, that’s for sure,” Barnier said, referring to EU plans led by France and Germany to create an "autonomous and united" EU defense structure.

"We are not going to wait for the UK, and we will not orient ourselves by principles coming from outside,” Barnier stressed, and added:

"Of course we will not close the door to the UK, we will welcome them whenever they want. But the conditions will be ours,” he stressed.

The British government signaled in September that it would seek "a deep security partnership” with the EU after leaving the bloc, and keep contributing to EU military operations and joint defense projects.

Barnier underlined that after its expected withdrawal from the EU in March 2019, the United Kingdom will become “a third country” for the EU, and a future security partnership would likely have various limitations.

"A third country, however close it may be to the EU, may not lay claim to a status that is equivalent or superior to that of a member of the union,” he said.

Barnier also stressed that the U.K. must respect the EU’s decision-making autonomy, and be aware that it may not decide on the use of certain capacities under the European flag.

"Any voluntary participation of the United Kingdom in European defense will confer rights and obligations in proportion to the level of this participation,” he added.

British voters opted to leave the EU in a referendum over a year ago, and Brexit negotiations are supposed to be finalized in March 2019.

A summit in December will decide if Brexit talks continue to a second phase, involving trade issues.