EU has role in insolvability of Cyprus problem, Eroglu says

The Turkish Cypriot president said on Tuesday that the European Union had a role in insolvability of the Cyprus problem. 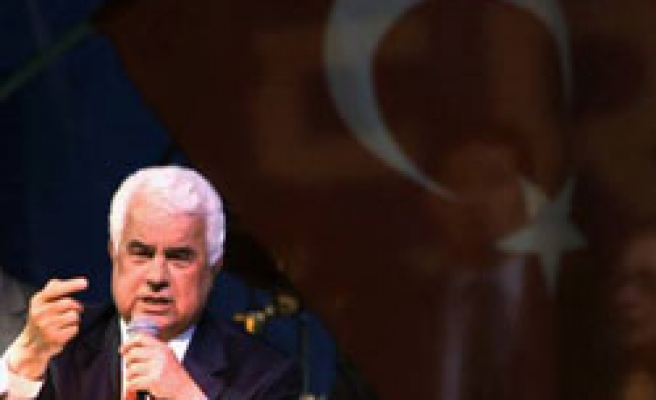 The Turkish Cypriot president said on Tuesday that the European Union (EU) had a role in insolvability of the Cyprus problem.

President Dervis Eroglu of the Turkish Republic of Northern Cyprus (TRNC) said the EU, which admitted Greece and Greek Cypriot administration as a member before Cyprus problem was solved, encouraged insolvability with that stance.

"The EU should lift embargoes on TRNC and launch direct trade with us to compensate its mistake and keep its promises to the Turkish Cypriots," Eroglu told a press conference in Brussels, Belgium.

Eroglu said the EU would fail in sincerity test if it did not take those steps although it reiterated in every opportunity that it wanted a settlement in Cyprus.

TRNC was in search of a sustainable agreement in Cyprus, Eroglu said.

Eroglu met Belgian Foreign Minister Steven Vanackere on Monday. He is expected to have meetings with Martin Schulz, the leader of Group of the Progressive Alliance of Socialists and Democrats in the European Parliament; European Commission's President Jose Manuel Barroso; and European Commissioner for enlargement Stefan Fule; later on Tuesday.