EU energy commissioner says the aim of the proposals 'is simple: to prevent and mitigate possible security of gas supply crises' 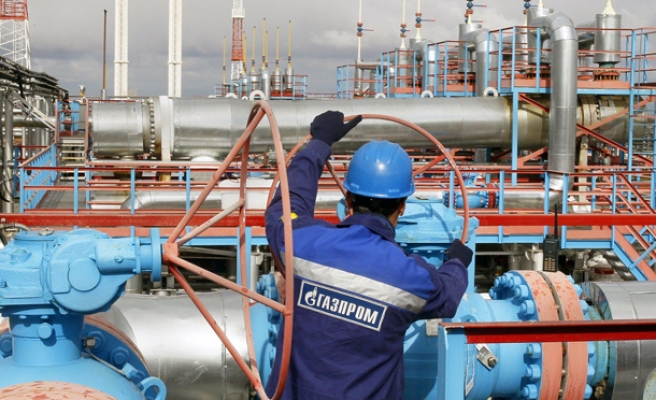 The EU will unveil Wednesday plans to give it power to examine energy contracts that European states sign with countries outside the bloc, amid concerns about Europe's dependence on Russian gas.

Brussels is aiming to beef up its legal arsenal one year after launching a landmark "energy union" strategy to secure supplies for the 28-nation EU against a backdrop of tensions with Russia over Ukraine.

EU energy commissioner Miguel Arias Canete said in a speech late Monday that the aim of the proposals "is simple: to prevent and mitigate possible security of gas supply crises."

The European Union is already investigating whether Russian state energy firm Gazprom has imposed unfair prices which breach the EU's fair trading rules, in a move which further inflamed relations.

EU states imported 53 percent of their energy in 2014. A third of gas comes from Russia alone and some newer eastern members are almost entirely reliant on Moscow for energy.

Under the plans to be unveiled Wednesday, the European Commission wants to be able to look at energy contracts between member states and non-EU countries in advance to say whether they comply with the bloc's rules, Canete said.

Currently the Commission, the executive arm and regulator of the EU, can only examine contracts after they have been signed.

Brussels also wants access to information on commercial contracts signed between member states and companies in cases where the firm already has 40 percent or more of the market in that country, the source said.

Canete said the plans would "improve transparency" and would allow the EU to "assess the security of supply situation" for energy.

The plan has widely been viewed as a way of stopping Gazprom from getting too much market share, but the European source said it could also apply to major producers such as Norway or Algeria.

"It's not about changing the contract but about obtaining information -- not prices but pertinent elements that affect the security of supply," a European source added.

The Commission can't void commercial contracts, but seek to have the European Court of Justice invalidate them if it can prove they breach EU laws.

Gazprom would inevitably be affected, though, with the Commission previously accusing it of hindering competition in central and eastern European gas markets where the company is by far the dominant supplier.

The countries involved in the EU probe are Lithuania, Estonia, Bulgaria, the Czech Republic, Hungary, Latvia, Slovakia and Poland -- all former Soviet-era satellites that have cast their future with the European Union, not Moscow.

Furthermore, Brussels wants to create nine new "energy regions" within the EU, within which member states would help each other out in case of an energy crisis, Canete said.

It will also suggest steps targeting the heating and air conditioning sectors, which are the most energy-guzzling in the EU, accounting for half of all European energy use and just under half of its gas consumption.

Overall, the aim remains the same as when the energy package was launched: securing European energy supplies at a time of growing global insecurity and making the continent less vulnerable.

But efforts to centralise energy policy in Brussels are potentially divisive as EU member states jealously guard the right to decide their own energy mix.

Last last year there was a major row between Berlin and Rome over a pipeline Germany plans to build -- Nordstream 2 -- to carry Russian gas under the Baltic Sea.

Rome saw it as hypocritical that Berlin should pursue a major deal when the rest of the bloc is being asked to sacrifice their interests to pursue sanctions against Russia.