The Council of the European Union did not name the two leaders in its brief statement or specify which sides they were on. 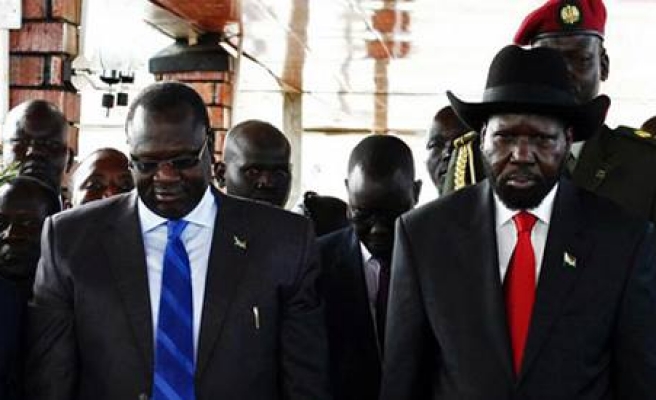 The European Union on Thursday imposed travel bans and asset freezes on two South Sudanese military leaders it said were violating ceasefire agreements put in place to stop fighting that has killed thousands.

The Council of the European Union did not name the two leaders in its brief statement or specify which sides they were on. The United States has taken similar measures against leaders from each side.

Clashes erupted in the capital Juba in December pitting the government forces of President Salva Kiir against supporters of Riek Machar, his former deputy and long-time rival. The conflict has reopened deep ethnic tensions in the world's youngest country, which only won independence from Sudan in 2011.

Peace talks between Kiir and Machar produced few results and stalled after they last met in Ethiopia's capital Addis Ababa in May and agreed on a ceasefire. A previous truce agreed in January swiftly collapsed.

"The Council today imposed sanctions against individuals obstructing the South Sudanese peace process and responsible for atrocities, as part of wider EU efforts to stop violence and avoid further instability in the region," the EU Council said in a statement.

"Two persons responsible for violating the ceasefire agreement will be targeted with a travel ban and a freeze of their assets in the European Union."

The EU said an existing arms embargo against South Sudan would also remain in place.

In May, the United States imposed sanctions against Peter Gadet, an army commander loyal to Machar, and Major-General Marial Chanuong, head of Kiir's presidential guard. The decision froze any assets they might hold in the United States, and blocked U.S. people or companies from dealing with them.

Last month, the Intergovernmental Agency for Development (IGAD) - the East African bloc brokering the peace talks - also threatened to slap sanctions on the warring sides unless they stopped all military operations.

"Commanders and political leaders continue to obstruct the peace process. Perpetrators of gross human rights violations are enjoying impunity," the EU said. It said it would give details on who was to face the sanctions on Friday, when they become effective.