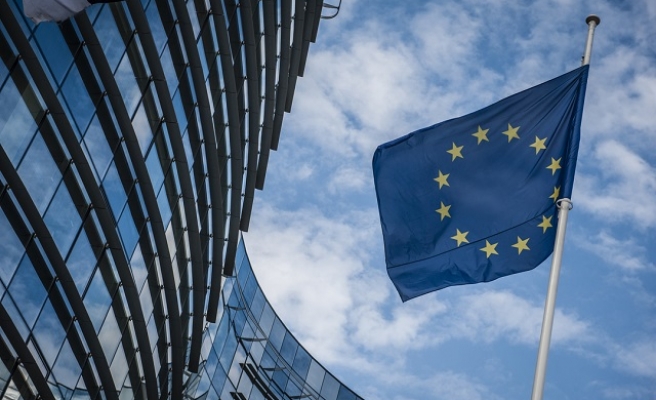 The European Union launched a drive Wednesday to overhaul the EU's asylum rules to more fairly share responsibility for an unprecedented influx of refugees despite resistance within the 28-nation bloc.

The European Commission, the EU executive, unveiled options to reform the rules two days after Greece began to expel refugees to Turkey under a controversial deal between Brussels and Ankara. The returns have since stalled.

"We need to reform our European asylum system," the commission's First Vice President Frans Timmermans told a press conference in Brussels. "The present system is not working."

The existing so-called Dublin rules have been criticised as obsolete and unfair to countries like Greece, where most of the 1.25 million Syrian, Iraqi, Afghan and other refugees entered the bloc last year.

At present, under those rules, refugees seeking asylum must lodge their application in the country where they first arrived, and should be returned there if they move on to somewhere else.

But -- as 2015 showed -- the rules fell apart when countries like Italy and Greece, one of the poorest EU members, were overwhelmed by refugees who wanted asylum in Germany and other wealthy northern EU countries.

"This is neither fair, nor sustainable," Timmermans said, adding it was a "huge burden" to frontline countries.

Under one reform option, if a member state faces "disproportionate pressure" from refugee arrivals in the future, a "corrective fairness mechanism" can be introduced to redistribute refugees within the bloc.

A majority of countries support it, one EU diplomat said.

However, EU states have already struggled to implement an emergency scheme agreed last September to relocate 160,000 asylum seekers out of Greece and Italy. Only 1,100 of these have been resettled so far.

The delays have been pinned on a range of factors, from governments trying to filter out jihadists from among the refugees following the terror attacks in Brussels and Paris, to a lack of housing and education -- but, say sceptics, political foot-dragging has also played a part.

Under a second, more drastic option, a "permanent distribution key" would be introduced based on the population and wealth of each member state.

"Responsibility would no longer be linked to the first point of entry," the commission said.

The diplomat said the second option is less popular, supported mainly by Germany and Sweden, which have already admitted the lion's share of refugees who did not want to stay in Greece and Italy.

Distribution keys are seen as a veiled quota system which has already been fiercely rejected by member states.

Migration Commissioner Dimitris Avramopoulos told the same press conference that the options would be discussed with members of the European parliament and other stakeholders.

On the Greek islands, tensions are running high after the first 202 refugees were sent back to Turkey on Monday. Deportations have stalled since then as thousands of refugees filed last-minute requests for asylum.

A Turkish official said the next transfer "has been postponed to Friday" at Greece's request.

The EU and Turkey struck a deal last month under which all "irregular refugees" arriving in Greece after March 20 face being sent back.

Each case must be examined individually, and an asylum request therefore delays the process.

Under a "one-for-one" deal with Turkey, for every Syrian returned, another Syrian refugee will be resettled from Turkey in an EU country, with numbers capped at 72,000.