The European Union has unveiled one of its biggest-ever defense research plans in a bid to reverse billions of euros in cuts. 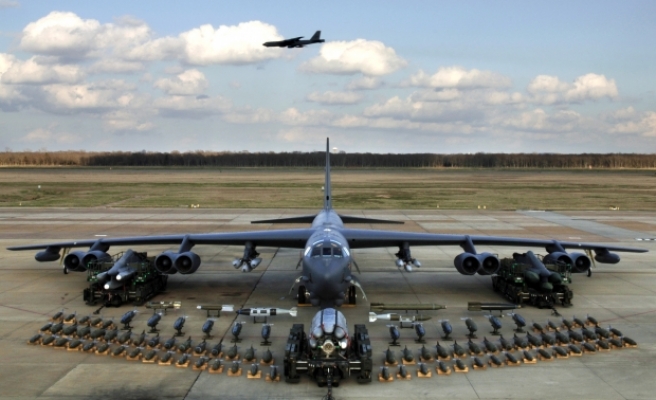 The EU unveiled ambitious plans Wednesday to boost joint defence spending including on shared assets like drones and helicopters, as concerns grow that President-elect Donald Trump may downgrade the US security commitment.

Trump shocked long-time NATO allies in Europe when he suggested on the campaign trail be would think twice about coming to their aid if they had not paid their defence dues.

That prospect, combined with the Ukraine and migrant crises plus nuclear-armed Britain's shock vote to quit the European Union, have moved security sharply up the bloc's agenda.

"If Europe does not take care of its own security, nobody else will do it for us," European Commission head Jean-Claude Juncker said in a statement as the plans were announced.

"A strong, competitive and innovative defence industrial base is what will give us strategic autonomy," said Juncker, who has long pushed for a more active EU military role and ultimately what he calls a "European Army".

To stand on its own two feet, the EU "must invest in the common development of technologies and equipment of strategic importance -- from land, air, sea and space capabilities to cyber security," he said.

EU foreign affairs head Federica Mogherini said this was not about the bloc striking out on its own given the doubts raised by a Trump presidency, or about it stepping on NATO's toes.

"It is about streamlining what we have to make EU defence work better ... it is not about competition or duplication," she said, adding that all member states were "fully on board" in support of the plans.

Some 22 of the EU's 28 member states also belong to NATO and several of them, led by Britain, oppose any measure which they fear could undermine the US-led alliance.

What is known as the European Defence Action Plan targets more efficient defencespending and increased joint research and procurement.

It proposes increasing the current 25 million euros ($27 million) allocated to defenceresearch in the overall EU budget to 90 million euros by 2020, when it should be replaced by a dedicated programme worth 500 million annually.

Another fund, potentially worth five billion euros per year, would help member states acquire military assets jointly to reduce the cost, the statement said, citing as examples drones or helicopters.

EU Commissioner for Jobs and Growth Jyrki Katainen stressed that this five billion euros was not new spending and not EU money -- it would simply be up to member states to band together as and when they wanted to procure new equipment.

The overall programme is meant to strengthen what the statement said was the "Single Market for Defence" -- putting it on a par with the EU's other single markets which aim to break down national barriers, be it in telecoms or energy.

The Commission proposals will now be discussed by member states before going up to an EU leaders' summit in December set to be dominated by concerns over what tack Trump will take as president.