The British prime minister sees the former Luxembourg premier as lacking the will and the skills to reform the EU and told fellow leaders bluntly they were about to make a mistake in backing him - warning of unspecified 'consequences'. 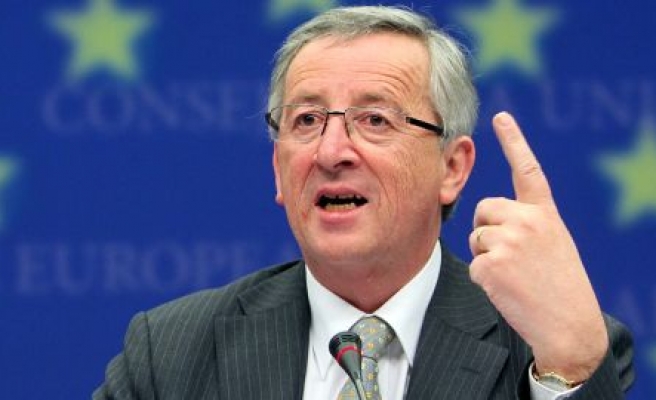 European Union leaders nominated Jean-Claude Juncker for European Commission president on Friday by an overwhelming majority over the fierce objections of British Prime Minister David Cameron, who called it "a sad day for Europe".

Cameron forced an unprecedented vote at an EU summit to dramatise his opposition both to the way the former Luxembourg prime minister was chosen and to his suitability for the most powerful EU job. He warned it could influence British voters' eventual decision on whether to leave the European Union.

Juncker, 59, a veteran deal-broker at EU summits for more than two decades, will now go before the European Parliament for a confirmation vote on July 16, where he is likely to win a majority of centre-right and centre-left lawmakers.

European Council President Herman Van Rompuy confirmed in a tweet that the leaders had designated Juncker but gave no details of the procedure.

A British official said all leaders had given their views and the vote was 26-2 for Juncker, with only Hungarian Prime Minister Viktor Orban joining Cameron in voting "no".

"I've told EU leaders they could live to regret the new process for choosing the Commission president," Cameron tweeted from inside the meeting. "I'll always stand up for UK interests."

The British leader has said the nomination was the result of a power grab by the European Parliament and that Juncker, seen by London as an old-fashioned federalist bent on taking power from nation states, lacked the will and the skills to reform the EU, warning of unspecified 'consequences'.

Cameron, who is under pressure from a surge in anti-Europe sentiment at home, stopped short of threatening to campaign for a "No" vote in a referendum on EU membership that he has promised to hold in 2017 if he is re-elected next year.

But a British official said he reminded leaders that support for staying in the EU was "wafer thin" despite a recent uptick in numbers who say they want the country to remain.

The dispute was one of the most public and personal the European Union has experienced in a decade, damaging efforts to present a united front at a time when the bloc is recovering from an economic crisis and keen to bolster its global image.

Juncker was the leading candidate of the centre-right European People's Party, which won the most votes in European Parliament elections last month.

The Dutch and Swedish leaders, who agreed with Britain's concerns on the process, backed Juncker in the end, as did the bloc's most powerful figure, centre-right German Chancellor Angela Merkel.