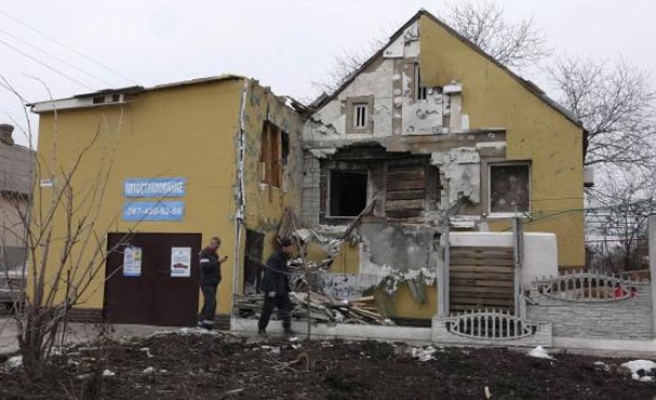 European Union leaders asked their foreign ministers on Tuesday to consider possible new sanctions on Russia in response to a rebel offensive in eastern Ukraine, but a final decision to impose them is likely to be left to a summit next month.

Foreign ministers have called an extraordinary meeting for Thursday after Kiev said 30 civilians were killed in shelling of the government-held port of Mariupol by pro-Russian rebels on Saturday, shattering a five-month ceasefire.

In a rare joint statement, the EU's 28 leaders voiced concern about the deteriorating security and humanitarian situation in eastern Ukraine and condemned the killing of civilians in the "indiscriminate shelling" of Mariupol.

"In view of the worsening situation we ask (foreign ministers) to assess the situation and to consider any appropriate action, in particular on further restrictive measures, aiming at a swift and comprehensive implementation of the Minsk agreements," they said.

The leaders said they would assess the situation at their next meeting in February.

The foreign ministers are likely to ask the EU's executive Commission on Thursday to prepare new sanctions against Russia, but the final decision on whether to implement them would be taken by EU leaders at their summit on Feb. 12, EU officials and diplomats said.

It was unclear what kind of sanctions the EU might prepare, but one diplomat said he did not expect major new economic restrictions on Moscow at this stage.

The leaders noted evidence of continued and growing Russian support for the separatists. They urged Moscow to condemn the separatists' actions and to implement Minsk ceasefire agreements.

Despite sharp divisions among the EU's 28 countries over the wisdom of imposing sanctions on Russia, the bloc's main energy supplier, the EU has agreed several rounds of sanctions on Moscow, including on the financial, defence and energy sectors.

The renewed fighting has put stronger EU sanctions back on the agenda a week after ministers discussed a memo by EU foreign policy chief Federica Mogherini suggesting EU governments could start talking to Russia again on some issues if Moscow implemented a Ukraine peace agreement.

European Union hawks on Russia, including Poland and Lithuania, called on Monday for sanctions on Moscow to be stepped up, but EU power-broker Germany was more cautious.

The head of the European Council of EU leaders, Poland's Donald Tusk, hit out at the weekend at "appeasement" of Russia and said it was "time to step up our policy based on cold facts, not illusions."